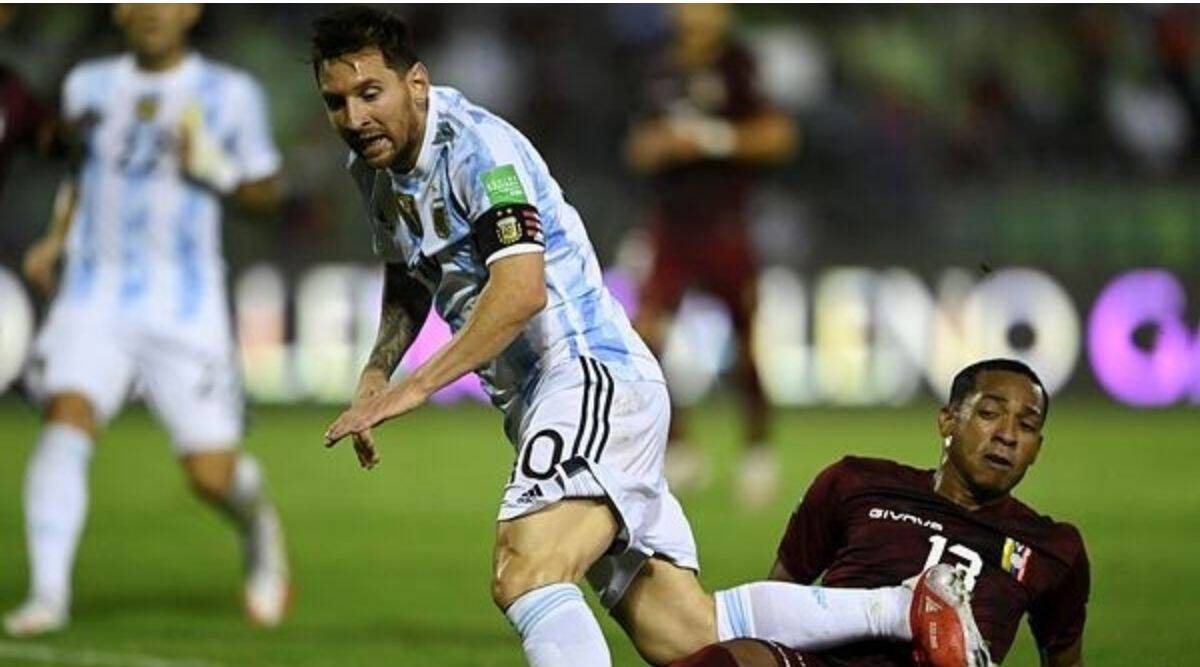 New Delhi: Leaders Brazil and second-place Argentina won their away matches in South American World Cup qualifiers on Thursday ahead of their superclasico. Neither Lionel Messi nor Neymar had great performances for their teams.

Brazil topped Chile 1-0 in Santiago in a tense match despite the absence of nine of its England-based players, including five starters, who were not released by their clubs due to COVID-19-related quarantine restrictions.

The only goal of the match was scored by substitute Everton Ribeiro. Brazil now has 21 points with seven wins after seven matches. Chile is seventh with six points.

Brazil’s arch-rivals Argentina defeated Venezuela 3-1 at the Olimpico Stadium in Caracas. Lautaro Martinez, Joaquin Correa and Angel Correa scored for the visitors. Jeferson Soteldo netted from the spot for the hosts seconds before the final whistle. Argentina is second on the table with 15 points. Venezuela is on the bottom of the 10-team round robin with four points.

This round of South American qualifiers has seen several England-based players not travel due to COVID-19 restrictions imposed by the British government to countries of the region. Argentina, though, did not lose any of the four it called in. The first four teams will automatically qualify to play in Qatar next year. The fifth-place team will take part in an international playoff. In its 1-0 victory over Chile, Brazil was without five frequent starters for the match. Goalkeeper Ederson, defender Thiago Silva, midfielder Fred, and strikers Richarlison and Gabriel Jesus did not travel to South America.

Coach Tite decided to change the team’s formation to use four men up front; Lucas Paquetá, Vinicius Junior, Gabriel Barbosa and Neymar. His substitute goalkeeper Weverton was the best player of the first half in Santiago, making key saves in a free kick taken by Arturo Vidal and the rebound headed by Eduardo Vargas.

The second half had a more proactive Brazil. Vinicius Jr. left for Everton Ribeiro and Bruno Guimaraes was replaced by Gerson. Chile had fewer opportunities to score and ran the risk of offering more dangerous counters to the visitors. Chile kept most of the ball possession, but did not offer much risk to Weverton until the end of the match.

Asked about Sunday’s clasico, Ribeiro said it will not be a rematch after Argentina’s 1-0 victory at the Maracana Stadium in July’s Copa America final. “But it will be a historic match, facing Argentina is always tough,” he said.. On the other hand, Copa America champions Argentina played with a man advantage after 32 minutes when defender Venezuelan Adrián Martinez was sent off after a harsh tackle on Messi.
Lautaro Martinez opened the scoring in first-half stoppage time, assisted by Giovanni Lo Celso. Joaquin Correa doubled the lead in the 71st minute from the edge of the box after a quick exchange with Messi and Lautaro. Ángel Correa netted the third from close range three minutes later. Argentina’s victory was clinched when Soteldo scored for the hosts from the spot.

“Today we had a great first half and they were down one,” Lautaro said. “After we scored we managed to work with more gaps so we could bring the three points home.” Had Argentina lost at Venezuela it would have been overtaken by Ecuador, who beat Paraguay 2-0 hours earlier. Felix Torres scored the first goal in the 88th minute with a header. Michael Estrada netted his in added time. Argentina has 15 points and Ecuador 12 in third place. Ecuador will host Chile in the next round, while sixth-place Paraguay is to take on fifth-place Colombia, which has nine points after securing a 1-1 draw with Bolivia in the altitude of La Paz.

Roger Martinez’s goal in the 69th minute gave Colombia the lead before Fernando Saucedo’s blast from outside the box leveled for eighth-place Bolivia in the 83rd minute. Also on Thursday, Peru and Uruguay drew 1-1 in Lima. The hosts opened the scoring with Renato Tapia in the 24th minute with a bicycle kick. But Giorgian de Arrascaeta kept the Uruguayans in contention with a goal in the 29th minute, despite the absence of injured Luis Suárez and Edinson Cavani, who was not released by Manchester United.