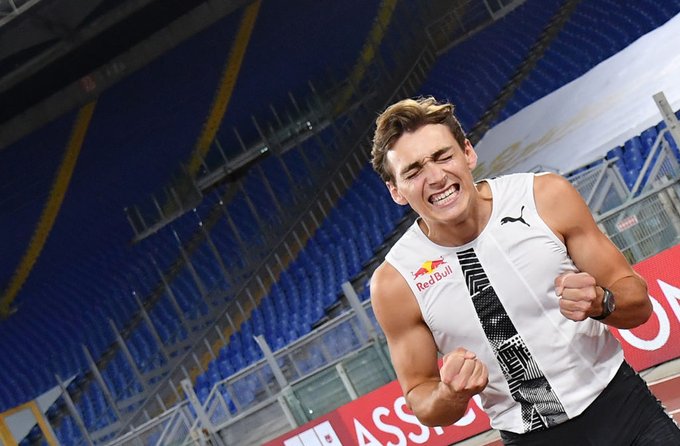 Rome: World record holder Armand Duplantis of Sweden produced the highest-ever pole vault mark in an outdoor event as he cleared 6.15-meters to take the win at the Diamond League meeting in Rome.

The 20-year-old, who had set the world record of 6.18m on the World Indoor Tour in February, on Thursday secured his victory after clearing 5.85m with his second attempt. He went on to clear 6.00m and finally conquered 6.15m with his second effort of the day.

The previous best outdoor pole vault performance of 6.14m was set by Ukrainian legend Sergey Bubka in 1994, which had stayed untouched for 26 years.

Mondo Duplantis in the 2020 Diamond League:

“I just wanted to be on top of the leaderboard,” Duplantis said. “The 6.15m was really important to me, so I’m happy to get over that.”

“There was kind of this confusion between the indoor and outdoor record – it’s kind of merged. I already had the world record but I wanted to clear everything up and be the best outdoor,” said the Swede, who had taken 13 attempts at 6.15m in the season before the night.

Belgium’s Ben Broeders finish second with a personal best of 5.80m and Ernest John Obiena of the Philippines also cleared 5.80m but had to finish third after a count-back.

The highest outdoor jump in history in the men's pole vault from @mondohoss600.