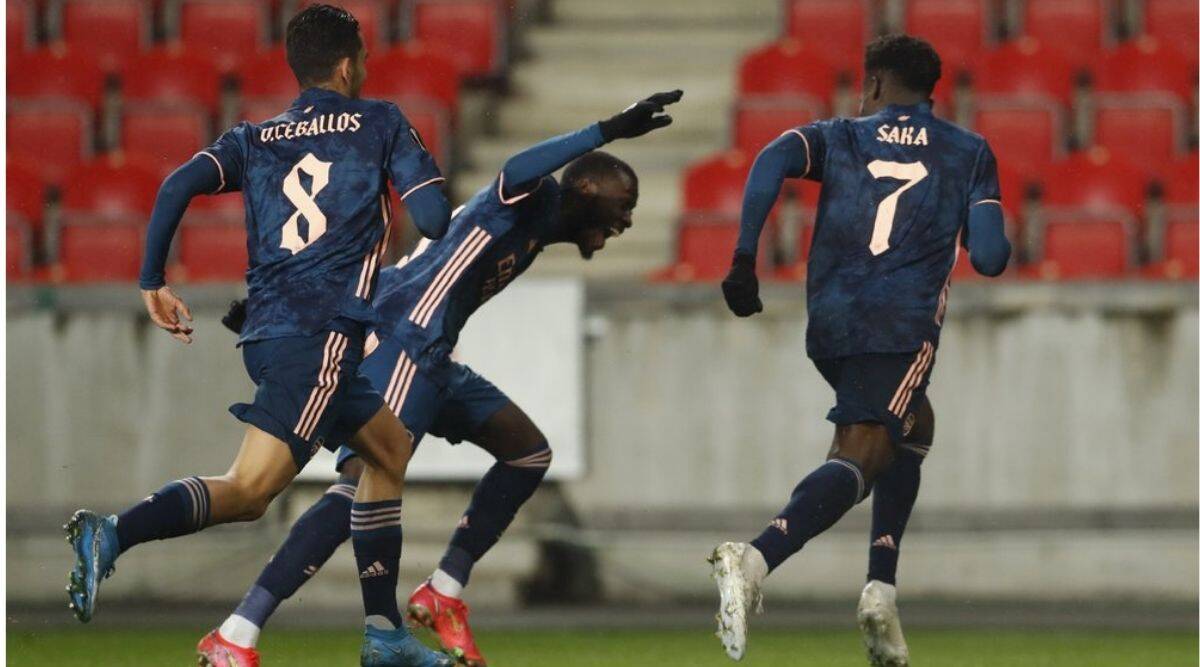 Prague: With their season on the line, Arsenal’s players produced a devastating first-half performance Thursday to beat Slavia Prague and reach the Europa League semifinals.

They’ll meet a familiar face there.

Arsenal’s 4-0 win in the Czech capital — secured courtesy of a three-goal burst in six minutes from the 18th — clinched a 5-1 aggregate victory and set up a last-four match against Villarreal, which is managed by Unai Emery.

The Spanish coach spent an underwhelming 18 months at Arsenal as Arsene Wenger’s replacement in 2018-19 and is rebuilding his managerial career at Villarreal, which beat Dinamo Zagreb 2-1 and advanced 3-1 on aggregate.

United is back in the last four for a second straight season after beating Spanish team Granada 2-0 for a 4-0 aggregate win.

Arsenal and Roma were under pressure to advance because the Europa League represents their only chance of winning a trophy this season and their only realistic route into next season’s Champions League, owing to their lowly current placing in their domestic leagues.

Arsenal is ninth in the Premier League and Roma seventh in Serie A.

The winner of the Europa League earns an automatic spot in the far more lucrative Champions League.

Arsenal sent a message before and during the win over Slavia.

The hosts learned the day before the game that their defender, Ondrej Kudela, had been banned for 10 games for racially abusing Rangers’ Glen Kamara during a round-of-16 game last month.

Before kickoff, as Slavia’s players stood in a line at the center circle, Arsenal’s players took a knee in a symbolic gesture in support of the Black Lives Matter movement, with Alexandre Lacazette doing so right in front of the Slavia team and staring at the players.

Arsenal responded to having an early goal by Emile Smith Rowe ruled out for offside by VAR by scoring three times in quick succession, first though Nicolas Pepe in the 18th and then Lacazette — from the penalty spot — and Bukayo Saka.

That meant Slavia, the runaway leader of the Czech league which hadn’t lost at home in nearly 18 months, needed to score four goals to qualify. By halftime, the hosts had essentially given up as they removed some of their key players to preserve their condition for the league.

Lacazette, continuing as striker with Pierre-Emerick Aubameyang sidelined after contracting malaria, added a fourth in the 77th minute.

“The boys were really at it from the start,” Arsenal manager Mikel Arteta said. “It is a really important win in a crucial moment. We won in a convincing way.”

Arsenal lost to Chelsea in the Europa League final in 2019.

Villarreal’s goals were scored by Paco Alcacer and Gerard Moreno at the end of the first half, with Zagreb — the last-16 conqueror of Tottenham — grabbing a consolation through Mislav Orsic.

Villarreal is in the semifinals of the Europa League for the first time since 2016.

Edinson Cavani scored his 50th goal in European competition to lead United to victory over Granada at Old Trafford.

The 34-year-old Uruguay striker met a flicked header back into the middle of the area by Paul Pogba with a left-foot volley into the bottom corner in the sixth minute.

A 90th-minute own-goal by Jesus Vallejo completed a second straight 2-0 win over Granada.

United lost in the semifinals to Sevilla last season and has been defeated at that stage three other times — twice in the English League Cup and again in the FA Cup — under Ole Gunnar Solskjaer.

Roma will look to inflict another last-four loss on United after surviving a scare against Ajax, which took the lead through Brian Brobbey’s lobbed finish in the 49th to tie the score on aggregate at 2-2.

Edin Dzeko equalized in the 72nd and Ajax couldn’t find the goal that would have taken the match to extra time.