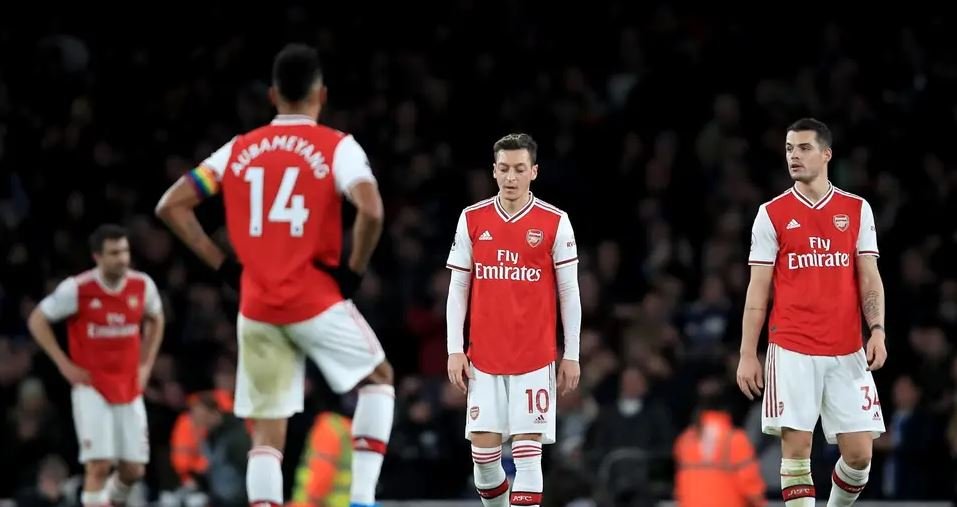 London: Caretaker manager Freddie Ljungberg said Arsenal “did not show up” for the first 45 minutes as the Gunners’ winless streak reached nine games in a 2-1 home defeat to Brighton on Thursday.

Neal Maupay headed in a deserved winner for the Seagulls 10 minutes from time after Alexandre Lacazette had cancelled out Adam Webster’s opener for Brighton.

Defeat leaves Arsenal in 10th place and 10 points adrift of fourth-placed Chelsea in the hunt for Champions League qualification next season.

On this evidence there is little chance of Ljungberg landing the job on a permanent basis as another sparse crowd at the Emirates greeted the final whistle with a chorus of boos.

After a 2-2 draw at Norwich on Sunday in the first match since Unai Emery was sacked, there was again no sign of a new manager bounce for Ljungberg’s home bow as Brighton dominated the first 45 minutes and could have gone in at the break more than one goal to the good.

“You cannot give away a whole half against any team in the Premier League,” said Ljungberg.

“We did not show up in the first half, we very passive, we didn’t move. We had chat at half-time, made a tactical change and all of a sudden we looked like the team we wanted to for 20 minutes.”

Joe Willock was sacrificed at the interval as Ljungberg introduced club record signing Nicolas Pepe, who had started on the bench for the fifth straight league game under two different managers.

Ljungberg’s half-time tinkering did the trick as the hosts came out a different side in the second half.

Lacazette’s looping header brought Arsenal level just five minutes into the second period before Pierre-Emerick Aubameyang was inches away from connecting with crosses from Hector Bellerin and Sead Kolasinac.

‘VAR difficult for everyone’

David Luiz thought he had put Arsenal in front as he turned home from Mesut Ozil’s free-kick only for the Brazilian to rightly be ruled offside after a VAR review.

Brighton made the most of that reprieve to win on the road in the Premier League for the first time since the opening weekend of the season as Aaron Mooy’s cross picked out Maupay to head into the far corner.

Ljungberg believes Arsenal need a win by any means to regain some confidence before they can start to look at gaining ground on the top four.

“They look very short on confidence. In the first half they seemed a bit scared to get on the ball,” added the Swede.

“They have to get a win, get some confidence. They showed at the beginning of the second half for 20 minutes what they are capable of.”

Victory for Brighton takes them to within a point of Arsenal and four clear of the relegation zone.

“We had lots of quality and courage,” said Brighton boss Graham Potter, whose side enjoyed more possession and more shots on goal than the hosts.

“The main stat is the scoreline. At the end it’s nice for the players and supporters that you get a reward for the way we are trying to play.”

Elsewhere, Newcastle taught Sheffield United a lesson in taking their chances as the Magpies won 2-0 at Bramall Lane despite enjoying just 27 percent possession.

Allan Saint-Maximin headed the visitors in front with his first goal for the club and Jonjo Shelvey secured the three points when he played on as the Blades defence stopped at the sight of the offside flag going up against Andy Carroll.

A VAR review showed Carroll was onside as he flicked the ball into Shelvey’s path.

“VAR is becoming too difficult for everyone. I don’t think anyone knows where they are with it,” said Sheffield United boss Chris Wilder.

“The game has changed, it’s a new game. What we are having to deal with, we’re having to learn on the job.

Last Brazil jersey of Pele auctioned off for 30,000 euros in Italy