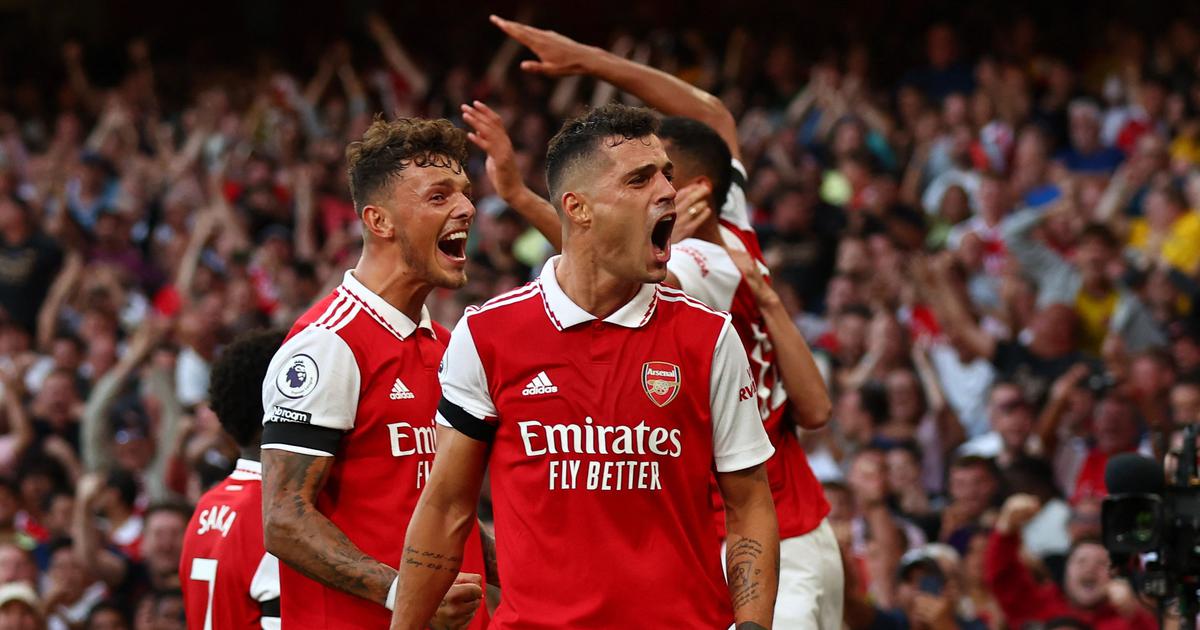 Arsenal and Tottenham will be fighting for much more than local bragging rights on Saturday as the north London rivals aim to prove they are serious contenders for the Premier League title.

As top-flight action returns following the international break, Arsenal sit top of the table after an unexpectedly strong start, while unbeaten Tottenham are just one point behind in third place.

With Liverpool, Chelsea and Manchester United still recovering their equilibrium after turbulent starts to the season, a path has opened up for the north London clubs to gate-crash the title race.

If a title challenger was expected to emerge from either end of the Seven Sisters Road, it was Tottenham who were the more likely candidates after snatching a top-four finish from their bitter rivals and neighbours in dramatic fashion last term.

Arsenal were in pole position to qualify for the Champions League when they moved four points clear of Tottenham with just three games left.

But Mikel Arteta’s side blew their chance as a disastrous 3-0 defeat at Tottenham was followed by a devastating loss against Newcastle, ruining their hopes of returning to the Champions League for the first time since the 2016/17 season.

With Conte refusing to let his players rest on their laurels, Tottenham have continued to progress in their second season under the demanding Italian.

Conte showed his ruthless side in Tottenham’s last game when he dropped Son Heung-min after his eight-match goalless run and was rewarded with a hat-trick from the South Korean after sending him on as a substitute in the 6-2 rout of Leicester.

While Tottenham’s rise underlines Conte’s managerial acumen, it is arguably Arteta who has done the more impressive work this term.

Arsenal’s implosion in the final week of last season could have been a hammer blow to Arteta’s gradual rebuild of a club mired in mediocrity since well before the end of Arsene Wenger’s reign.

The eccentric side to Arteta’s personality was on display during the “All or Nothing” television documentary that captured the Spaniard’s fight to steer the club through troubled waters last season.

But Arteta’s quirks should not obscure the astute way he has infused Arsenal with energy and enthusiasm by promoting a group of talented youngsters, while also shipping out Pierre-Emerick Aubameyang following disciplinary problems.

Revitalised by the recent signings of Gabriel Jesus and Oleksandr Zinchenko, as well as the development of Bukayo Saka and Gabriel Martinelli, Arsenal have enjoyed the benefits of a relatively benign fixture list so far.

Wenger, who led Arsenal to their most recent title in 2004, believes his former team should already be regarded as title contenders.

“I would say they have a good chance because I don’t see any super-dominating team,” Wenger told Sky Sports. “I believe it is a good opportunity to do it this season.”

However, Arsenal’s only match against a top-four rival this season ended in a 3-1 defeat at Manchester United.

Arteta needs a statement victory to show there is substance to the surge that gave Arsenal their best start to a season since 2004, courtesy of a five-game winning run.

History is in Arsenal’s favour, with Tottenham on a run of 11 top-flight visits to the Emirates Stadium without a win since their last success in 2010.

Yet Arsenal, beaten only once in their past 29 home league games against Tottenham, must find a way to subdue long-time nemesis Harry Kane.

Tottenham striker Kane has scored a record 13 goals in 17 north London derby appearances, including two in their most recent meeting in May.