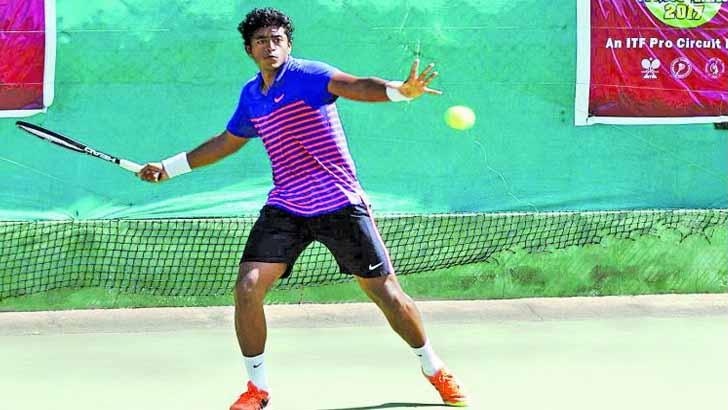 In the women’s singles event, Sowjanya Bavisetti and Prerna Bhambri emerged victorious in their respective semifinals and will lock horns with each other in the final here on Saturday.

For Aryan, this was a big day as he made it to his maiden national final, a breakthrough he had been eagerly awaiting.

The second seed from Mumbai played solid tennis and mixed up his shots to defeat Kunal Anand 6-2 6-4.

“Today was a good match. It was a straight set win for me and I played a solid game. I was much sharper and physically much better out there,” said Aryan.

Nikki beat Dalwinder 2-6 7-5 6-3 in a tough three-setter. This was the first time the top seed was stretched to three sets in the tournament.

“It was a relief today that I won. It was a very tough match. This is the first three-setter I played. Tomorrow I’ll be playing against the same kind of player so I will be give my best,” said Nikki.

Familiarity with conditions and past experience helped Prerna play with great feel on the hard court.

“I’m absolutely thrilled to be playing the finals tomorrow for the fifth time. And I’m looking forward to the match tomorrow,” said Prerna.

In the other women’s semi-final, Sowjanya Bavisetti beat Vaidehi Chaudhari 6-3 7-5.

”I am so excited to be in the finals. This is my first entry into the final and I am looking forward to the match,” said Sowjanya.

In the men’s doubles final, Mohit Mayur Jayaprakash and Ishaque Eqbal got a walk over from runners-up Nikki Poonacha and Prajwal Dev.