As retirement clamour grows, do we deserve stars like Dhoni? 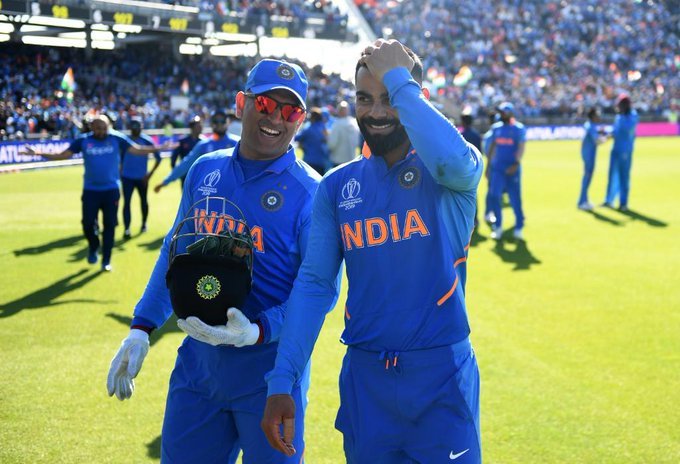 But what wrong has Dhoni done? It is an unnecessary issue that has been raked up again and again.

He has been the guiding light for India’s unprecedented success in multi-nation tournaments. Whether it is leading the Men in Blue to World Twenty20 title in 2007 or helping the team pocket the ICC Cricket World Cup in 2011 after 28 years, Dhoni is a modern day great.

He effected 10 dismissals during the World Cup in England, including seven catches and three stumpings, a decent number considering his age. Barring a few instances of him being slow off the blocks, Dhoni’s contribution should also be measured by the way he offered useful tips to Virat Kohli on field placements and bowling changes during the tournament in England.

The selectors are not under any obligation to pick him. MSK Prasad has handled the situation extremely well.

Questions about Dhoni’s future has been doing the rounds for three years now. Several top names have faced similar scrutiny in the past, which brings back the question: Do we deserve these stars?

Before the selection for the West Indies tour, there was a lot of speculation about Dhoni’s future, forcing his friend and business partner to state that he is not retiring anytime soon.

People might want him to quit, but he would only do that when he wants to. It is Dhoni’s choice, no matter how much people think it is not.

No Dhoni, no Bumrah in India's limited-overs squad for Caribbean tour; Saha returns to the Test squad! pic.twitter.com/pI1W42XbF7

Over the years many stalwarts have been dropped for under performance at the fag end of their careers. Only few people can match Dhoni’s achievements and his contributions to Indian cricket. He has taken India to the summit of international glory twice, yet he has been confronted by retirement questions constantly.

Cricket looks simple from the outside, while watching it on TV from the cosy confines of a sofa, but it is not that straightforward at all. Even a school match it is not simple, though looks different from outside the boundary ropes.

People stop short of passing judgement on footballers or rugby stars as it is a physical game. But since cricket is a non-contact sport, punditry is more on this sport in India than on any other sport.

Brilliant series win and happy to have won the player of the tournament. Always proud to wear the blue of India 🇮🇳💙 pic.twitter.com/t1u7CouAqk

Dhoni pulled himself out of the Caribbean tour and apart from that there are hardly any surprises in the West Indies-bound Indian team.

The only time eyebrows could be raised is for Shubman Gill’s exclusion. All of 19, the Punjab batsman is very young and shouldn’t be rushed into international cricket.

He has exhibited decent form so far as an India A batsman and should be made to play for the A team for two-three seasons before being drafted into the India side.

By that time he would be mature enough to handle the different tricky situations he would face in international cricket, where he could only help himself.

Despite terrific performance it’s shocking all-rounder Shreyas Gopal doesn’t find a place in either ODI or T20 teams. Rahul Chahar and Mayank Markande have been preferred to him. Here is a comparative study of performances between Gopal and Chahar.

The only other thing on which the selectors should deliberate from now on is the need or different captains for different formats—which England and Australia have employed with success.

The pressure on Virat Kohli is too extreme. Kohli might be enjoying it so far, but we have to ensure that he enjoys it even more. Captaincy in limited-overs cricket, particularly in T20s, can be brutally excruciating. There is hardly a scope for error.

Sharma has been excellent as a T20 captain for Mumbai Indians and if he is promoted to the responsibility, it could enhance Kohli’s game.

But all in all, the selectors have done an excellent job. People keep making sarcastic comments about MSK’s credibility but they forget that Australia’s chairman of selectors Trevor Hons played in only seven Tests.

So it’s not a question of how much you have played but more about whether one has an eye for talent and his ability to put in place a proper system to groom those talents.

Among the established names, there are three or four players in the Indian team who are over the age of 30 like Kohli, Sharma and Kedar Jadhav.

Their form in the next two years would be vital, especially Jadhav’s. His strike rate has been low in limited-overs cricket and he needs to improve on that. 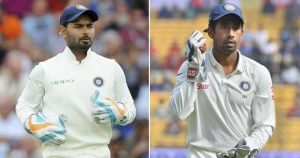 Rishabh Pant (left) will face stiff competition from Wriddhiman Saha for the wicketkeepers’ slot in Tests.

The wicket keeping issue seems to be sorted for now. The returning Wriddhiman Saha would be the preferred choice for Tests while Rishabh Pant would keep wickets in ODIs and T20s.

But Pant has to improve because he is not a genuine wicketkeeper and has to work hard on his technique.

He hasn’t shown any improvement for the past three years despite working with former India international Kiran More. More could only guide him but it is for Pant to execute what he has been taught.

His case is similar to former Australian keeper Rodney Marsh, who earlier in his career was mocked by saying that he “couldn’t even catch a fly”. But Marsh improved to the extent of becoming one of the greatest keeper-batsmen of the game.

Pant has potential to become an able keeper-batsman. But he can’t expect to get into the team as a frontline batsman and bat at No. 5 on a regular basis.

Employing him as a middle-order batsman in the World Cup was a one-off thing. But from now on he should come at No. 7 and should be used as a pinch hitter to destroy opposition attacks, a la the Aussie great Adam Glichrist.