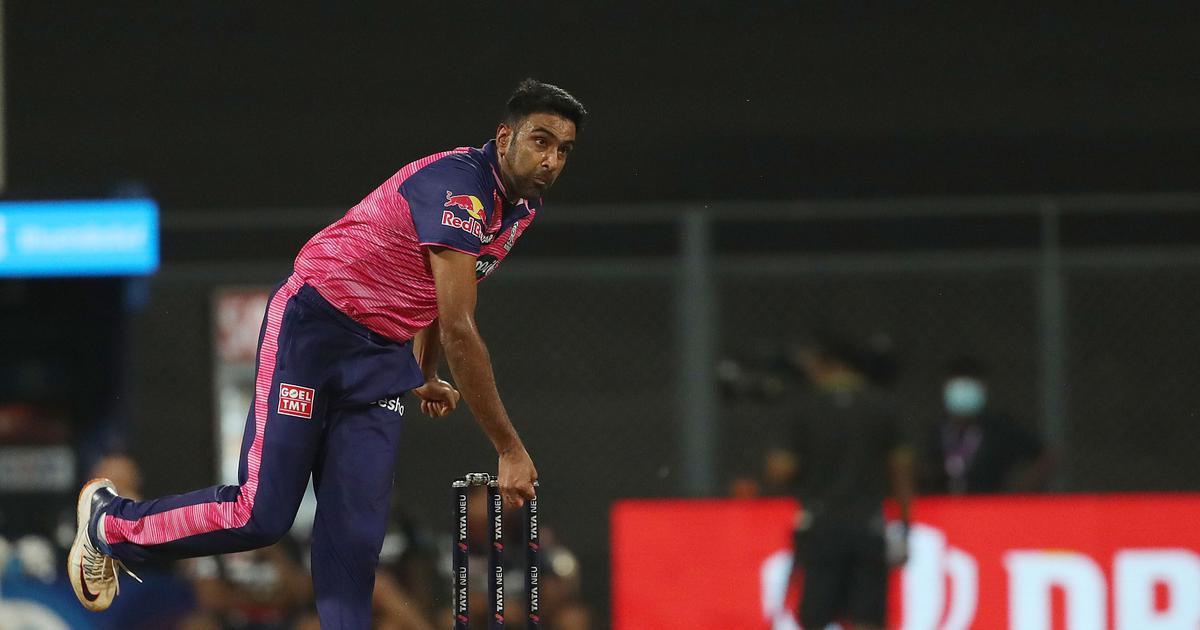 Ravichandran Ashwin is a legend in his own right but he still needs to think about improvement and bowl the conventional off-break deliveries more frequently, feels Rajasthan Royals Director of Cricket Kumar Sangakkara.

The 36-year-old veteran off-spinner, India’s second-highest Test wicket-taker (442), is known to experiment a lot with his bowling.

He often bowls the conventional off-breaks lesser compared to the carrom balls that goes away from the right-handers.

“Ash (Ashwin) has done a great job for us,” Sangakkara said at the post-match press conference after RR lost to Gujarat Titans by seven wickets in the IPL final on Sunday.

“Even for Ash, being a legend in terms of what he has achieved on the cricketing pitch, there will be a lot of improvements and thinking to do, especially with his off-spinners and bowl more of it,” Sangakkara commented about the team’s oldest member, who could manage only 12 wickets in 17 games this season.

In the summit clash also, the ace off-spinner opted to bowl quite a few carrom balls instead of regulation off-spin.

He gave away 32 runs in three overs without claiming any wickets while defending a modest 130.

Opting to bat first, RR were restricted to 130/9, which was chased by GT in 18.1 overs and Sangakkara felt the score was never going to be enough.

“It was a tough one.130 was never enough. We were debating whether to put them in (to bat) first as well.

By the time we arrived at the ground, we looked at the pitch, it was pretty dry and we thought it will get slower and maybe offer a little bit of turn for our spinners.

” He said his team allowed the opposition bowlers to come into the game after a good start to the innings.

“We were really well-set in our batting innings at 70/1 at the half-way mark until Sanju (Samson) got out. And then they came and bowled some beautiful overs and we let Gujarat back into the game.”

“(With) 130, we need a bit of luck and some quick wickets in the powerplay. We did get two but unfortunately we didn’t get (Shubman) Gill in that first over and the run-rate never went above seven.

“It was always going to be tough. It was hardly about calculations and maths and just about trying and getting a couple of wickets and breakthrough that (David) Miller and Hardik (Pandya) and Gill partnerships, but we were unable to do it,” he conceded.

Despite enjoying a good season and ending as the runners-up, Sangakkara felt the team needs to improve in a lot of areas.

“Well we have got a lot of improving to do in all areas. If you take our batting, we had huge contributions from Jos (Buttler), Sanju, and Shimron Hetymer at the early stages.

“Riyan (Parag) and Devdutt (Padikkal) really played well in patches, but I think in terms of overall performance, we need a little bit more from the support role players as well,” he said.

Talking about Riyan Parag, the veteran keeper-batter backed the youngster to strengthen the Rajasthan middle-order.

“I think Riyan Parag, he has got huge amount of potential, and we got to work him into higher batting number by the time we come in next season.

I look forward to kind of grooming him to become a more of a kind of a early middle-order player rather than just a death-hitter.

“Because, I think he is so accomplished against spin as well as pace,” the Sri Lankan batting great noted.

Sangakkara signed off by saying that this was the best and strongest eleven, which RR played with.

“But when you take the quality of players that we had, this was the best side and the strongest side (that) we put out on the park,” he said.