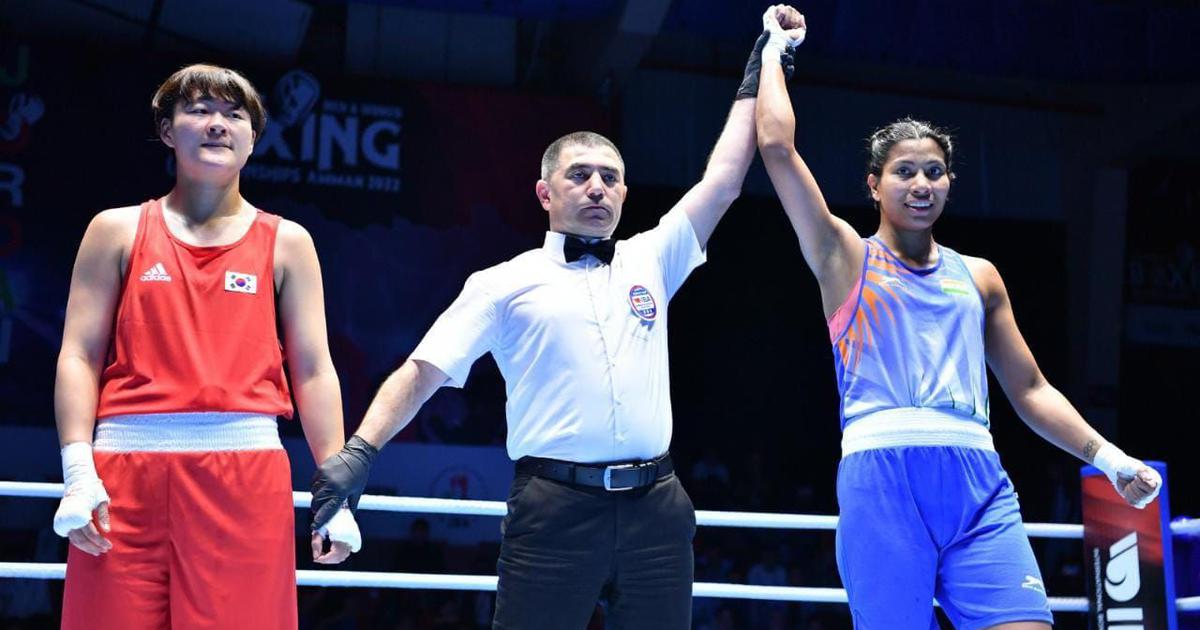 The 2020 Tokyo Olympics bronze medalist Lovlina Borgohain and 2022 Elorda Cup champion Alfiya Pathan both produced power-packed performances to secure their place in the finals of the 2022 ASBC Asian Elite Boxing Championships in Amman, Jordan on Wednesday.

Lovlina (75kg) was up against Seong Suyeon of South Korea in her semi-final bout. Right from the beginning, Lovlina effectively utilized her clever techniques and strategies to capitalize on her opponent to clinch a 5:0 victory by unanimous decision.

Throughout the three rounds, the Assam-born boxer displayed her immense strength and superior technical qualities to overpower the South Korean and gave her no chance to make a comeback in the game.

Lovlina, who has two Asian Championships bronze medals to her name is now guaranteed a silver in this edition, confirming her best-ever performance in the competition.

Accompanying Lovlina, Alfiya Pathan (81+kg) was also commanding in her semi-final win as she cruised past the 2016 World Champion Lazzat Kungeibayeva of Kazakhstan in a 5:0 win by unanimous decision.

This is the second time this year that Alfiya has defeated Lazzat, having stunned the Kazakh on her own turf in the Elorda Cup in what was the 2021 Youth Boxing Champion’s senior international debut competition.

Both boxers will give it their all to bring gold to the country as Lovlina will take on the 2021 Asian Championships silver medalist Ruzmetova Sokhiba while Alfiya goes head to head with Islam Husaili of Jordan in the final.

In the other semi-final, Ankushita Boro (66kg) exited the competition after losing 1:4 to Khamidova Navbakhor of Uzbekistan and secured the bronze for her remarkable efforts so far in the tournament.

The 2017 Youth Boxing Champion started well with her energetic approach and landed quick punches to have an edge over Khamidova but the Uzbek boxer rebounded well in the next two rounds to earn the win as well as her place in the final.

India’s total medal count of 12 in this year’s edition of the prestigious tournament is the third highest among all competing nations.

Thapa who became the most successful Asian champion in the competition’s history with his 6th medal will be involved in a matchup against the two-time Asian medalist Bakhodur Usmonov of Tajikistan while Hussamuddin will face 2021 World Championship silver medalist Serik Temirzhanov of Kazakhstan.

The competition is witnessing the participation of 267 boxers from 27 top boxing nations.