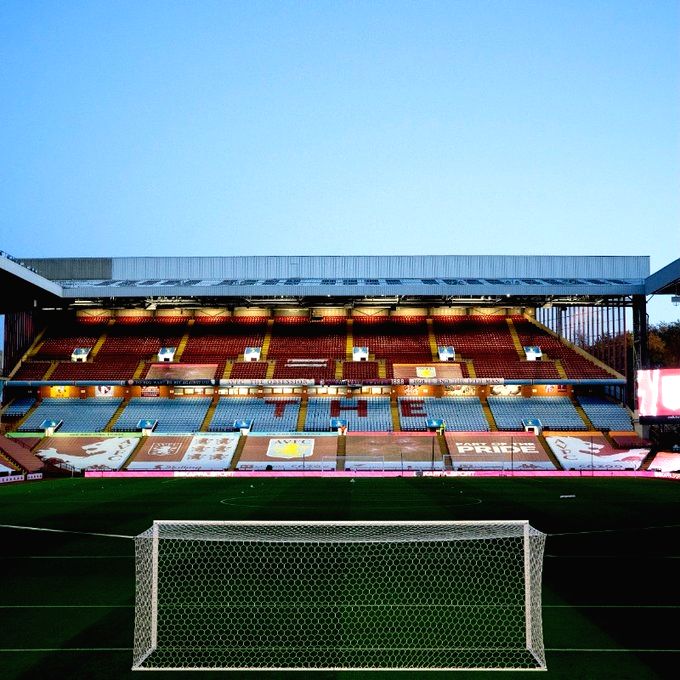 London: The fate of Aston Villa’s FA Cup match with Liverpool remained uncertain Thursday, with a decision on whether the third-round tie goes ahead as scheduled set to be announced on the day of Friday’s fixture after a coronavirus outbreak at the Birmingham club.

The game at Villa Park is at risk after the hosts said Thursday “a large number of first-team players and staff returned positive tests,” with the club closing their training ground.

The Football Association and Aston Villa are working closely together to try to ensure that the club’s Third Round Proper fixture with Liverpool can go ahead as planned at Villa Park tomorrow evening.

England’s governing Football Association said in a statement later Thursday: “The @FA and @AVFCOfficial are working closely together to try to ensure that the club’s #EmiratesFACup third round tie with @LFC can go ahead as planned at Villa Park tomorrow (Friday) evening.

“Final confirmation will be made tomorrow pending the results of additional COVID-19 testing.”

Villa are the fourth Premier League side to be hit by a COVID-19 outbreak, adding to growing concerns over whether English football’s top-flight can complete the season on schedule.

They were forced to cancel training and close their training ground after two rounds of testing returned multiple positive cases of coronavirus among players and staff.

Britain is battling a highly infectious strain of the virus which has forced a new nationwide lockdown after cases soared to record numbers in recent days.

Despite the latest lockdown that came into force in England on Wednesday, the British government has said elite sport can continue.

“A large number of first-team players and staff returned positive tests after being routinely tested on Monday and immediately went into isolation,” Villa said in a statement.

“A second round of testing was carried out immediately and produced more positive results today.”

“Discussions are ongoing between medical representatives of the club, the Football Association and the Premier League.”

Southampton’s FA Cup home match against Shrewsbury has already been postponed because there have been a number of positive cases at the League One club.

Wayne Rooney’s Derby will fulfil their fixture at minnows Chorley with a youth team after nine positive tests among first-team players and staff.

On Tuesday, a record high of 40 positive tests were detected among Premier League players and staff in the week between 28 December and 3 January.

Three Premier League matches were postponed last week due to outbreaks at Fulham and Manchester City.

Fulham midfielder Kevin McDonald became one of the first dissenting voices among players for the season continuing.

“How many more outbreaks and training ground closures before football needs to stop!!!! Shambolic!! Literally treated like guinea pigs!!!” McDonald posted on Instagram.

Due to the late end to last season, the league is less than halfway through the 2020/21 campaign.

The packed fixture schedule, with domestic leagues, cup and European competitions having to be finished before the delayed Euro 2020 starts on 11 June, leaves little room for manoeuvre.

Despite the rising case numbers and calls from some within the game for a circuit breaker to buy time and bring infection rates down, the Premier League has so far been adamant that the season will proceed.

“With low numbers of positive tests across the overwhelming majority of clubs, the league continues to have confidence in its COVID-19 protocols, fully backed by the government, to enable fixtures to be played as scheduled,” the league said on Tuesday.

Another shutdown would likely result in a severe financial hit for the world’s richest league due to rebates in TV rights deals.

The late end to last season resulted in a reported £330 million ($449 million) of rebates to broadcasters.

On Thursday, Arsenal borrowed a short-term £120 million loan from the Bank of England to cope with the impact of the pandemic.

However, a number of embarrassing incidents have come to light in which prominent players have flouted coronavirus restrictions, doing little to aid English football’s case to keep going while movements in the rest of the country are highly restricted.