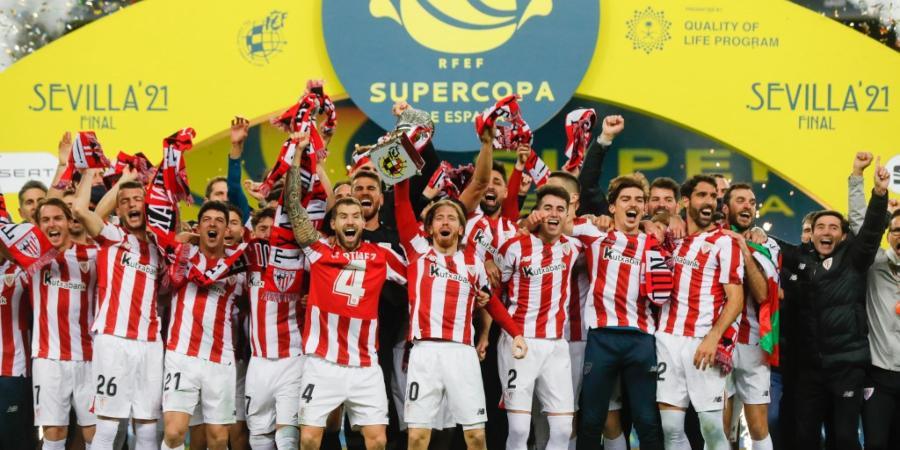 Madrid: Lionel Messi was sent off for the first time playing for Barcelona as Athletic Bilbao stunned the Catalans to win the Spanish Super Cup on Sunday, a dramatic final finishing 3-2 after extra-time.

Moments before Bilbao’s momentous triumph was confirmed, Messi threw an arm at Asier Villalibre, who had earlier scored a 90th-minute equaliser in normal time to deny Barca victory.

Messi shook off a thigh problem to start in Seville and was required to play all 120 minutes as Barcelona attempted to take the game to penalties.

Instead, the 33-year-old lost his temper at the end of a combative contest, reacting to a late challenge from Villalibre by swiping his hands across the back of his opponent.

It meant a first-ever red card for Messi in 753 appearances for Barcelona, to go with his two reds for Argentina in 2005 and 2019.

“After so many years in football, Leo knows perfectly well when he is fit to play,” said  Barca coach Ronald Koeman.

“We talked and he said he was in a good place to start. He has survived the game, given the maximum, nothing more.”

Messi’s anger will take some of the limelight away from Bilbao, who had already denied the competition a Clasico final by beating Real Madrid in the semi on Thursday and now have completed the set.

It means a title and the perfect start for Marcelino Garcia Toral, who only took over as coach less than two weeks ago.

But there was praise too for his predecessor Gaizka Garitano, who oversaw this team reaching the Copa del Rey final last season, which earned qualification in the first place.

“This is for Gaizka Garitano and his coaching staff as well who brought us here,” said Williams.

Organisers at the Spanish Football Federation might have hoped for the global attraction of a Clasico, especially as the coronavirus pandemic had already kept the tournament in Spain rather than the lucrative Saudi Arabia, where it was played last year.

Yet this was a frantic final, with a hugely surprising result.

Barca arrived on the back of a nine-game unbeaten run and a trophy, even a minor one, would have turned encouraging signs in recent weeks into more tangible evidence of a revival under Koeman.

Bilbao were the better side in the first half, more decisive in possession and more aggressive out of it. But both teams created little for 40 minutes and then in two minutes both had scored.

A brilliant pass created each of them, Messi the instigator for Barca.

He collected from the right and threaded through for Jordi Alba on the left, whose cut-back was intended for the Argentinian but spilled out to Griezmann, who could not miss.

Marcelino hurled his water bottle to the ground in disgust but his team were soon level.

Williams played the pass, his clipped ball over the top catching Alba off-guard, with Oscar De Marcos sneaking in and half-volleying home.

Raul Garcia thought he had his third goal in four days when he headed in just before the hour but Barca survived.

With 10 minutes left, Griezmann struck again, Alba’s cross evading the Bilbao defence and finding the Frenchman, who steered in at the front post for what looked like the winner.

Instead, Bilbao scored in the 90th minute to send the game to extra-time and then the 93rd to lead for the first time.

Villalibre was allowed to volley in from close range but there was little Barca could do about Williams’ effort, the striker cutting inside from the left and whipping a tremendous shot into the top right-hand corner.

Unai Nunez might have sealed it but failed to connect. Griezmann almost rescued it but fired high on the volley with his right foot.

Then Villalibre left a shoulder in on Messi, who reacted, scuttling after his opponent and swinging an arm around the back of his head. Messi and Barca were beaten.