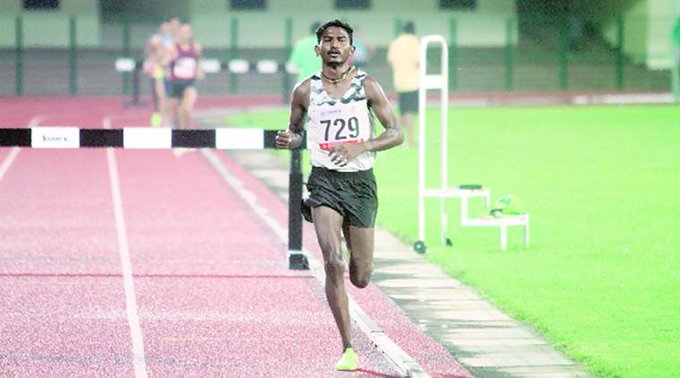 “#TOPSAthlete #AvinashSable has set a new national record in men’s 3000m steeplechase with timing of 8:20.20 at the Federation Cup in Patiala. The #Tokyo2020 bound runner broke his own record of 8:21.37 set in 2019. #JeetengeOlympics #GemsofSAI,” SAI Media tweeted.

In October 2019, Sable had secured a berth in the Tokyo Olympics 2020 in men’s 3000m steeplechase after finishing 13th in the final of the World Athletics Championships.

The qualifying cut-off for the Olympics was 8:22.00 and Sable completed in 8:21.37, setting a new national record.

On Tuesday, Murali Sreeshankar had qualified for the Tokyo Olympics in the long-jump event after he set a national record in the ongoing Federation Cup.

The 21-year-old Sreeshankar set a national record after making a jump of 8.26 metres in his final attempt at the Federation Cup and as a result, he attained qualification for the Olympics.