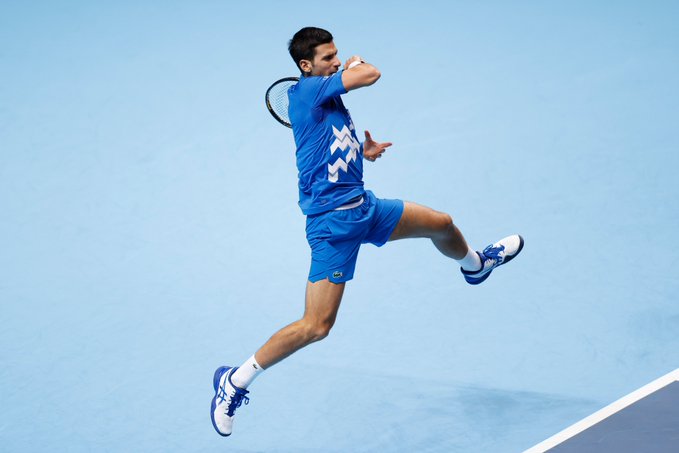 London: Novak Djokovic advanced to his ninth semi-final at the Nitto ATP Finals on Friday, as he defeated Alexander Zverev 6-3, 7-6(4) in a winner-takes-all qualification match at The O2 in London.

In a repeat of the 2018 championship match, Djokovic saved all three break points he faced to gain revenge against the German and earn his 41st victory of the year (41-4).

Djokovic ends Group Tokyo 1970 with a 2-1 record and has clinched the runner-up spot. The World No. 1 will face Group London 2020 winner Dominic Thiem in the semi-finals on Saturday.

The #NittoATPFinals semi-finalists have won the last 10 Grand Slam titles between them.

They've also won the last 9 ATP Masters 1000 titles between them.

Daniil Medvedev will meet Rafael Nadal in the other semi-final clash.

”Obviously earlier in his career [Dominic] played his best on clay, but of course being one of the hardest workers on the Tour and most dedicated players, Dominic found his ‘A’ game on all other surfaces,” said Djokovic in an on-court interview.

“His first [Grand] Slam [title] came on hard courts earlier this year in New York. I played him last year here and lost 7-6 in the third set. It was really a thrilling match. Hopefully we can have another great match, but hopefully this time with another outcome.”