Aus vs India: Coach Ravi Shastri glad to back at the helm 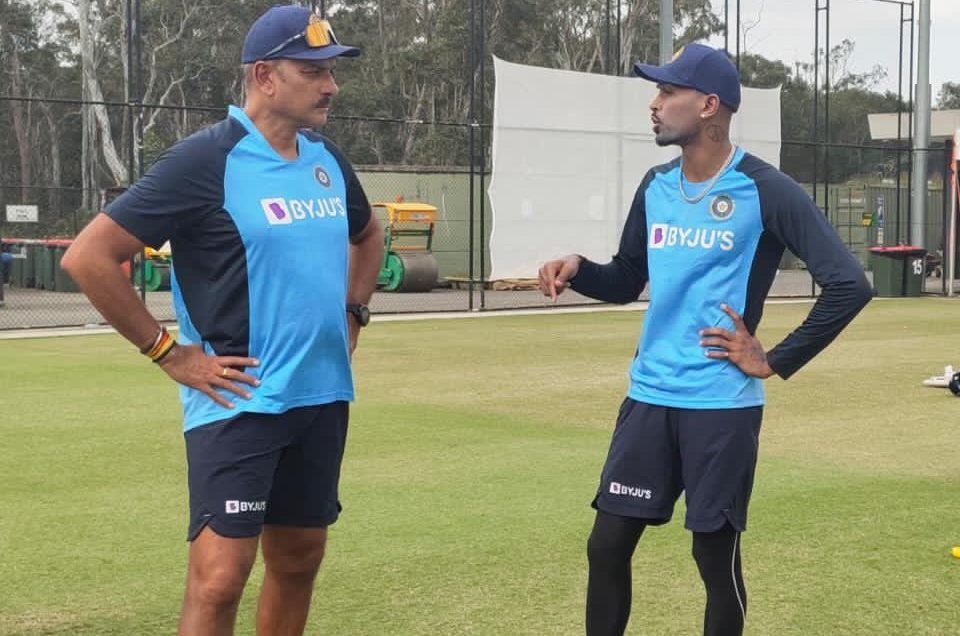 Sydney: Head coach Ravi Shastri is feeling “great to get back to business” as Team India continues with its preparation for the much-anticipated series against Australia.

On Wednesday, Shastri tweeted photos of himself alongside Hardik Pandya, Shikhar Dhawan and Shardul Thakur and said: “Great to get back to business – with @hardikpandya7 @SDhawan25, @imShard, #TeamIndia #AUSvIND.”

On November 12, the Indian contingent arrived in Sydney where they are currently undergoing two-week isolation. Following their negative Covid-19 tests, the team started with their training from November 14.

In order to tackle the pace and bounce on Australia pitches, KL Rahul was earlier seen practicing with a tennis ball.

In a video posted by BCCI, ace off-spinner Ravichandran Ashwin was seen hitting a tennis ball with a tennis racquet at Rahul in the nets.

The top-order batsman was seen playing the pull shots to deliveries directed at his body and evading or guiding those that are slightly outside the off-stump. Ashwin ensured that the ball did not bounce before reaching Rahul.

Much of the focus during India’s tour will be on the four-Test series in which Virat Kohli’s men will enter as the defending champions.

On Tuesday, the team started with its preparation for the Test series which they won last time in 2018-19.

Skipper Kohli will, however, take part in only the first Test, a day-night fixture in Adelaide, and after that he will return to India to be with his wife Anushka Sharma who is expecting their first child.

England to play two T20Is in Pakistan after 16 years