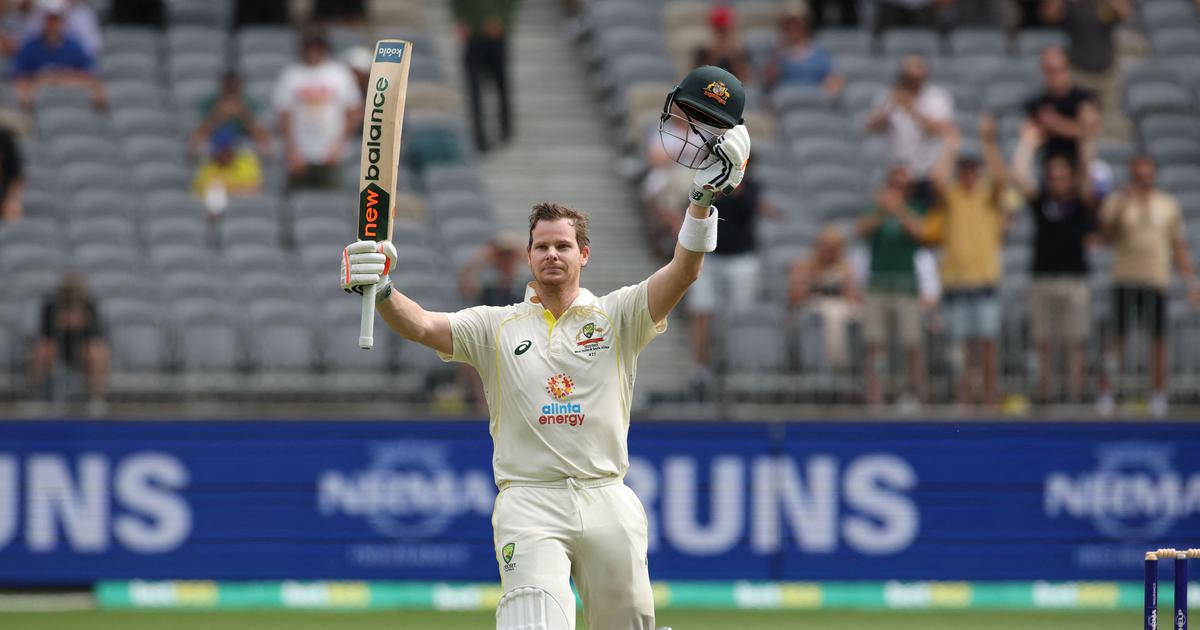 Perth: Steve Smith and Marnus Labuschagne struck masterful double centuries on Thursday to put Australia in firm control against an outclassed West Indies, who face an uphill task to save the first Test at Perth Stadium.

The hosts declared at an ominous 598-4 soon after tea on day two, allowing Smith, who matched legendary countryman Donald Bradman with a 29th Test ton, to complete the 200-run milestone for the fourth time. Labuschagne made 204 with Smith, not out 200.

Travis Head chipped in with a run-a-ball 99 to put a massive dent in any hope the West Indies had of winning their first Test in Australia in 25 years. The visitors needed to negotiate 25 overs before stumps and it was a fiery affair, with openers Kraigg Brathwaite and debutant Tagenarine Chanderpaul — son of West Indies great Shivnarine — taking nasty blows to the groin and body. But they defiantly clung on to get to the close on 74-0, 524 runs adrift.

An impressive Chanderpaul was 47 with Brathwaite on 18.”Any time your name’s mentioned alongside The Don it’s pretty special and flattering,” said Smith on matching Bradman’s feat. “Nice to get a big one today and set us and put us in a good position.”Pace spearhead Josh Hazlewood said it was “just another day at the office” for Labuschagne and Smith.”They love batting and they love batting together. Any time they get out to the middle and score some runs … their hunger is second to none.”

Labuschagne and Head were the only wickets to fall on a demoralising day for the West Indies bowlers, who were lacklustre and created few clear-cut chances. “It was tough, I thought Australia batted really well,” said skipper Brathwaite, who added that he was pleased they got to stumps without losing a wicket.”The job is far from over … it was good to see the fight and we need to continue tomorrow.”After beginning the day on 154, Labuschagne was out just before lunch to end a mammoth 350-ball knock, caught by wicketkeeper Joshua Da Silva after getting an edge from Brathwaite’s bowling.

It was his second-highest score after a 215 against New Zealand in Sydney in 2020, with his departure ending a marathon 251-run stand with Smith.A chanceless Smith has reverted to a more orthodox batting style, which saw him score 94 and an unbeaten 80 in Australia’s recent one-day series against England, and he never looked troubled.

He swept to his 29th century off 194 balls to equal the feat of Bradman, who only played 52 Tests to Smith’s 88. Smith is now joint 14th on the all-time list, with Indian great Sachin Tendulkar’s 51 centuries the benchmark. He raced to his second ton from just 117 balls as he and Head upped the tempo, with a declaration in the back of his mind. Head had an impressive one-day series against England and he brought that form to Perth, agonisingly falling one run short of a century and ending a brisk 196-run partnership, prompting the declaration.

Australia began on 293-2 after dominating the opening day of the first Test between the sides in nearly seven years, with David Warner (5) and Usman Khawaja (65) the only wickets to fall. The West Indies were desperate for an early breakthrough but, on an overcast day, Smith hit a boundary off Kemar Roach’s opening over to signal his intent. Labuschagne was lucky to escape after top-edging a pull shot off Jason Holder on 175 and had a big let-off on 196 when Da Silva spilt a chance from the spin of Roston Chase. He was otherwise in charge and reached 200 with a boundary off Jayden Seales before a lapse in concentration cost him his wicket.

You have to see the larger picture on who is match-winner: Dhawan on Pant