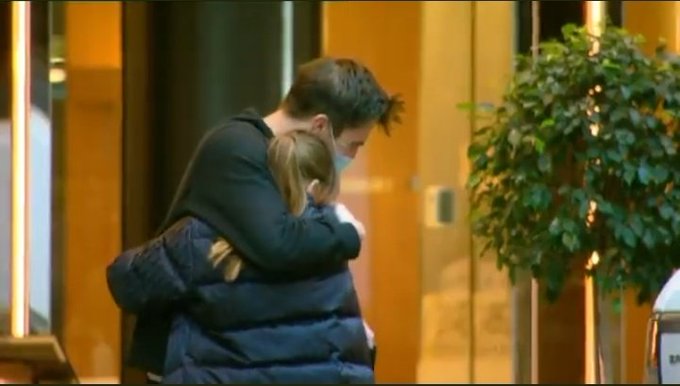 Sydney: Cricket Australia (CA) is yet to discuss availability of Aussie cricketers for the Indian Premier League (IPL) which resumes in UAE later this year, said Nick Hockley, Chief Executive Officer (CEO) of CA, on Monday.

Hockley, who was confirmed as CEO on Monday after being in interim position for a year, said it was too early to discuss players’ availability in IPL since the returning cricketers had only come out of quarantine in Sydney on Monday.

“Once we get back together as a group that [the IPL] is something we’ll obviously need to discuss,” Hockley was quoted as saying by ESPNcricinfo.com.

“Our players returning from the IPL have only today come out of quarantine, so our first priority is to make sure they are reunited with their families… we [then] have a tour to prepare for in the West Indies,” he added.

Video of the day! After eight weeks away for the IPL, Pat Cummins finally leaves hotel quarantine and reunites with his pregnant partner Becky. All the feels! pic.twitter.com/YA3j98zJId

After IPL 2021 was suspended on May 4, the Board of Control for Cricket in India (BCCI) had flown Australian cricketers, support staff and officials to the Maldives. The players spent nearly a fortnight there due to Aussie border restrictions before flying to Sydney.

The players were then quarantined in Sydney before they could return home on Monday.

With the IPL likely to move to UAE and, Australia not having any international commitments during the window, the franchises are optimistic that most of the Aussie players will play.

“They (players) are clearly quite shaken by the experience, and are very appreciative to be back home, very much looking forward to being reunited with family and friends today. It’s a couple of weeks before the West Indies touring party then regroups at the National Cricket Centre [in Brisbane] and then that’s the time to refocus,” said Hockley.