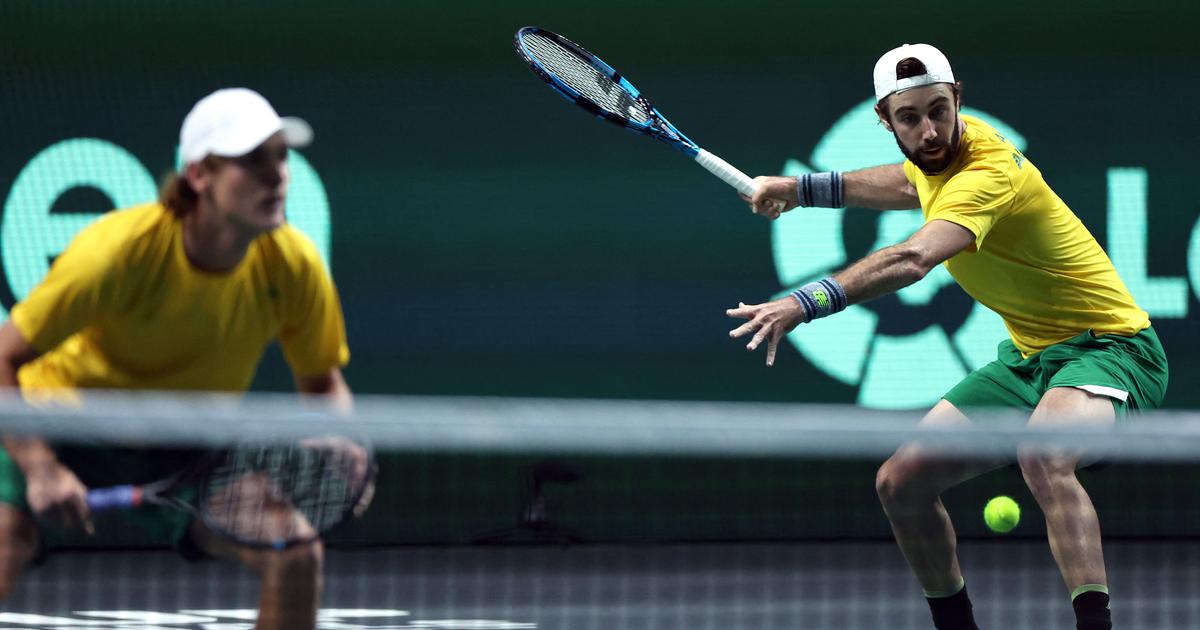 Australia reached their first Davis Cup final since 2003 on Friday when they battled back to beat last year’s runners-up Croatia 2-1.

Max Purcell and Jordan Thompson stunned 2021 Wimbledon champions Nikola Mektic and Mate Pavic 6-7 (3/7), 7-5, 6-4 in the decisive doubles to hand Australia a final clash against either Canada or Italy on Sunday.

The victory was reward for the decision by Australia skipper Lleyton Hewitt – who played in the 2003 title-winning team – to pair Thompson with Purcell.

Matthew Ebden, who had partnered Purcell to this year’s Wimbledon title, had been scheduled to feature in the deciding rubber before the late switch.

“It’s been a long time,” said Hewitt. “We’re a very proud Davis Cup nation and I’m very proud of these guys. They deserve to be in the final and in with a chance of winning this thing.”

Hewitt admitted there had been a “slight injury concern” over Ebden.

“But I had no concerns about the chemistry of these two (Purcell and Thompson).”

After Mektic and Pavic claimed the 53-minute opening set in the tiebreak to nudge Croatia closer to a fourth Davis Cup final in six years, the Australian pair hit back.

They broke in the 11th game of the second set to level before breaking again in the seventh game of the decider on their way to victory after two hours and 14 minutes.

Earlier, Alex de Minaur beat former US Open champion Marin Cilic 6-2, 6-2 to pull 28-time champions Australia level after Borna Coric had given Croatia the lead in the semi-final with a 6-4, 6-3 victory over Thanasi Kokkinakis.

Cilic, ranked 17 in the world, was undone by 23 unforced errors as De Minaur, the world number 24, avenged a loss to the Croatian when the two countries met in last year’s tournament.

– ‘Intensity’ -”Marin’s a hell of a competitor, a veteran player of our sport that has accomplished amazing things. I knew what to expect, so I knew it was never going to be easy,” said De Minaur.

“I knew I had to bring all the intensity I could, be as solid as I could, and try to be solid but aggressive at the same time.”

World number 26 Coric triumphed over 95th-ranked Kokkinakis in 92 minutes on the back of six aces and 18 winners as the two-time champions set their sights on a return to the final having lost to Russia in the 2021 title match.

“This means a lot to me,” said Coric, who has resurrected his career in 2022 having not played for 12 months until March this year after undergoing right shoulder surgery.

“I was watching the guys playing Davis Cup when I was injured and doing my rehab. To play for Croatia is an amazing feeling for me.”

Canada and Italy meet on Saturday in the second semi-final.