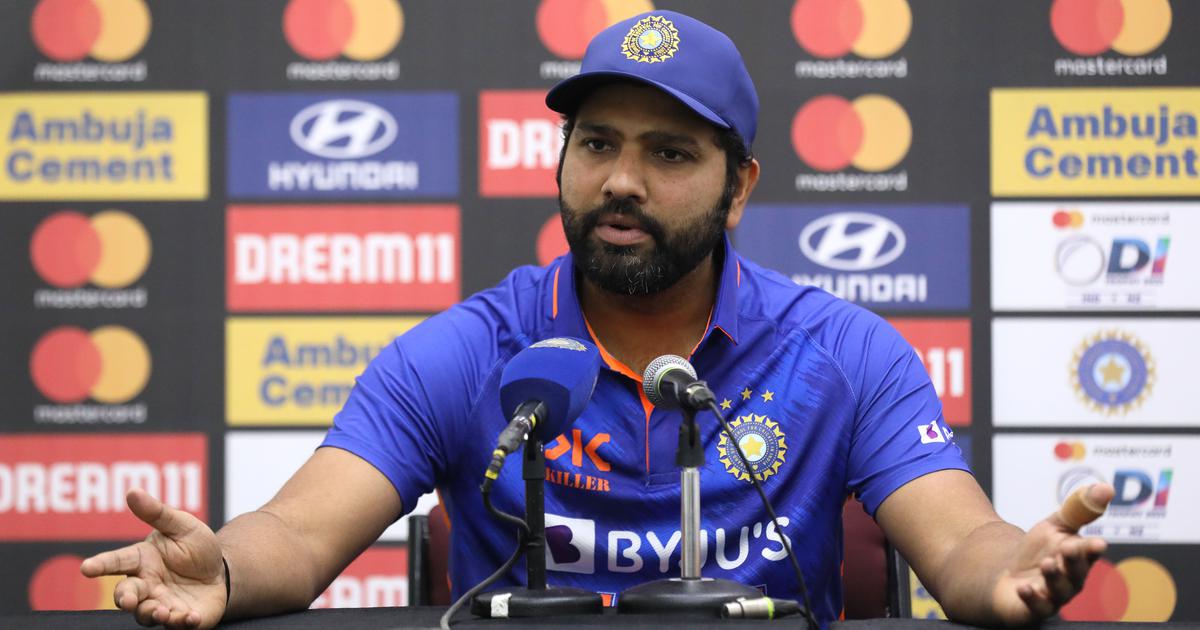 Indore: India captain Rohit Sharma on Tuesday admitted that the upcoming big-ticket Test series against Australia won’t be easy but said the hosts are “up for the challenge” against the world number one side.

After upstaging Sri Lanka 3-0 in the preceding ODI series, India continued their fine form and blanked New Zealand by the same margin following a 90-run win in the third and final match here.

“Honestly, we don’t talk too much about rankings. It’s about winning games and it won’t be different when we play the Tests against Australia. It won’t be an easy challenge but we’re up for it,” Rohit said at the presentation ceremony.

“In the last six games we’ve done most things right in ODIs. We’re consistent in our approach with the bat and ball.” India rested the pace duo of Mohammed Siraj and Mohammed Shami for the match and replaced them with Yuzvendra Chahal and Umran Malik.

Rohit said despite putting up 385 for nine on the board, it was not safe on the batting-friendly Holkar Cricket Stadium. New Zealand finished on 295 in 41.2 overs.

“Without Siraj and Shami we wanted to give opportunities to other guys on the bench. We wanted to bring Chahal and Umran in the mix, put them under pressure. We had runs on the board, but on this kind of ground no total is safe,” he said.

Rohit praised Shardul Thakur, who was India’s best bowler on the day, registering figures of 3 for 45 from six overs.

“We stuck to the plans, held our nerves. Shardul has been doing this for a while, so some people call him ‘Magician’.

“Every time I’ve given Kuldeep the ball, he brings wickets. Just need to give him more games under his belt, because wrist spinners get better as they play more.” The India skipper also had words of appreciation for young Shubman Gill, who amassed 360 runs in three matches, including two centuries.

“His (Gill’s) approach is quite similar. He starts afresh. As a young player that is important. He can easily sit on top of his laurels and take it easy, but he doesn’t.” In the match, Rohit also broke his three-year hiatus for a century in ODIs by scoring 101 off 85 balls.

“20th century means a lot to me, it was important to play long and take the team to a good total,” he said.

New Zealand captain Tom Latham said even though they were blanked in the series, the three matches have been a great learning experience for the young players of the squad.

“The start with the ball wasn’t great and we did well to bring them back to 380. It doesn’t sound right but it is, and then to be bowled out in 40 overs didn’t go right for us,” Latham said.

“It’s our last experience in India before the World Cup so the guys are exposed to these conditions in the three games, and hopefully, it’ll be helpful in October.

“We’re building depth in this group without (Tim) Southee and others. Fingers crossed about my form for the World Cup. Hopefully, we can take the learnings for the T20 series.” Thakur was adjudged Player of the Match for his fine spell, and the right-arm pacer said he is always ready to contribute to the team’s success.

“I’m well liked by them and even I like my team-mates. At some point they’re going to come after you, and it’s important to stay in the moment and not get ahead of yourselves.

“I ask myself what needs to be done and do it the next time. I don’t think too much because we’ve to be ready for all situations, whether with the bat or ball. Everyone enjoys batting and modern-day game is all about batting,” he said.

Player of the Series Gill said he was satisfied with his performance as he didn’t change his approach to his game.

“Feels nice when you perform well. It’s satisfying. I’ve not changed my approached much. I look to convert those starts into big ones, to express myself. I try to play according to the situation and conditions, not looking at my score,” he said.

“Our bowlers did a good job and bowled really well on this wicket because at one point it looked like it could go either ways.”