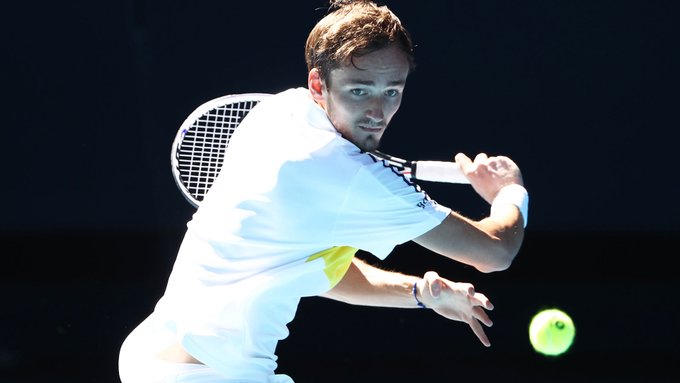 New Delhi: Top-ranked Ash Barty was upset Wednesday by No. 25-seeded Karolina Muchova in the quarterfinals at the Australian Open, 1-6, 6-3, 6-2.

In his semi-final, he may face No.5 seed Stefanos Tsitsipas or 20-time grand slam champion Rafael Nadal on Friday.

Medvedev completed 19 wins on the trot and he will makes his first appearance in the final four at Melbourne Park.

Muchova earned her first semifinal berth in a Grand Slam, and her comeback win ended Barty’s bid to become the first Australian woman to win the title in Melbourne since Chris O’Neil in 1978.

Muchova played poorly at the start of her second major quarterfinal, and Barty raced to a 5-0 lead while losing only six points. After nine games, Muchova had one winner and 18 unforced errors.

Early in the second set, Muchova took an injury timeout that lasted nearly 10 minutes. Medical personnel took her pulse and temperature before she left the court, and when the Czech returned, she played much better.

Muchova’s opponent Thursday will be the winner of the last quarterfinal, an all-American matchup between No. 22-seeded Jennifer Brady and unseeded Jessica Pegula.

Comebacks have been a staple in the tournament for Muchova, who rallied in earlier matches to win sets after trailing 5-0 and 4-0.

Against Barty, she began moving into the court to hit her groundstrokes earlier. Barty, pushed behind the baseline, became indecisive and erratic.

Muchova’s only other victory over a top-five was against No. 3 Karolina Pliskova at Wimbledon in 2019.