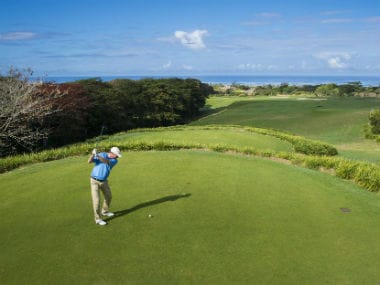 Sydney: Australia’s three biggest golf tournaments have fallen victim to the Covid-19 pandemic as it was announced on Friday that men’s and women’s Australian Open and the PGA Championship, have been cancelled.

“It’s unprecedented and a real blow for Australian golf and its fans,” PGA of Australia chief executive Gavin Kirkman said in a news release on Friday.

“We have collectively spent months in exhaustive consultation with all relevant authorities and our sanctioning partners to try to find a way to stage all three events safely. But even with multiple contingency plans, it has reached a point where decisions have to be made and this, regrettably, is the one we’ve had to take,” he added.

Australia has closed its international borders to most travelers as part of its effort to stem the spread of novel coronavirus.

The Australian Open and Australian PGA Championship – the feature events on the PGA Tour of Australasia – were originally slated for a late November and early December window, to be played at Melbourne’s Kingston Heath and Brisbane’s Royal Queensland, respectively.

Both were postponed in recent months in the hope a late-summer timeslot – potentially near the Women’s Australian Open – would buy time to host the time-honoured tournaments. But the impacts of Covid-19, most notably in assembling international fields and ensuring the safety of players, spectators and officials, have forced the decision.

“We look forward to bringing all three tournaments alive again when they return as normal for summer 2021-22,” Kirkman said.

“The events rely on significant support from players and tours around the world, so given current quarantine restrictions, we believe the field strength of all three events would be severely compromised,” said Golf Australia’s new chief executive James Sutherland.