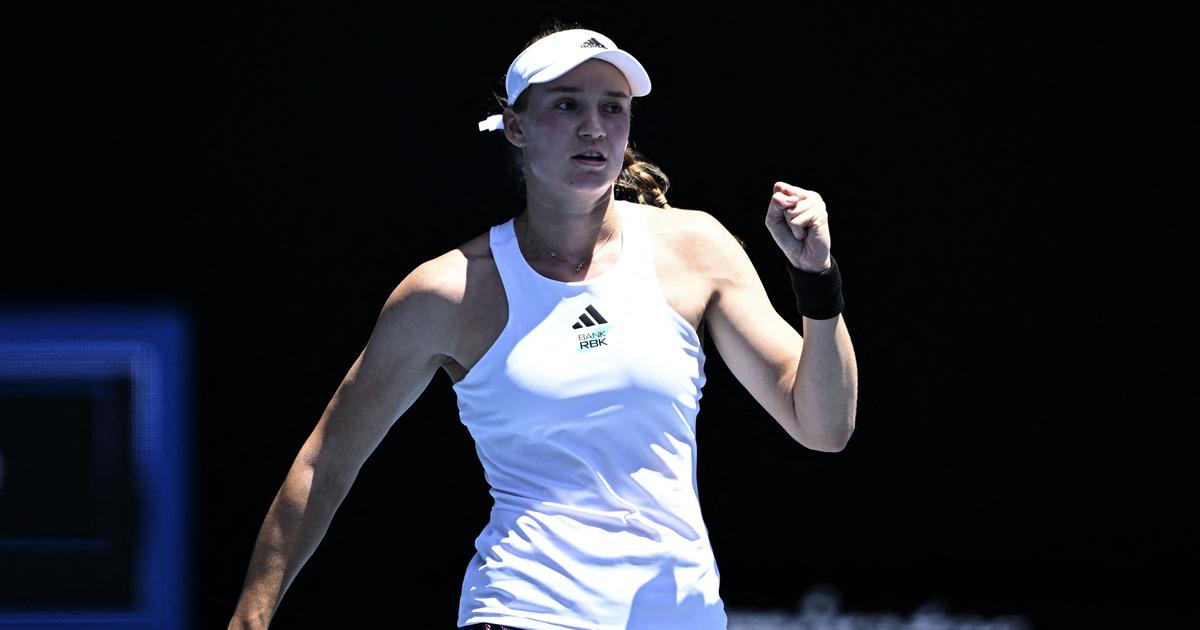 World No 1 Iga Swiatek was knocked out of the Australian Open in the fourth round on Sunday, losing a showdown of current Grand Slam champions to Elena Rybakina in straight sets.

Rybakina, the 2022 Wimbledon winner from Kazakhstan, beat Swiatek, the French and US Open champion, 6-4, 6-4 in 1hr 29min on Rod Laver Arena to advance to the quarterfinals.

“It was a really tough match and I really respect Iga,” said Rybakina, the 22nd seed.

“She’s a young player and think she played really well,” she added of the 21-year-old from Poland. “It’s a big win and I’m just happy to get to another round.”

Rybakina will face either seventh Jelena Ostapenko in the quarterfinals.

Swiatek led 40-0 on her opening service game and 15-40 on Rybakina’s delivery in the next.

But it was the 6ft (1.84m) tall Russian-born player who showed her resilience and power to win both for an early 2-0 lead.

The Pole composed herself to hold in the next and then went on the attack, creating three break points and converting the first when Rybakina went long to level the set at 2-2.

At 3-3, 30-30, Swiatek’s first double fault gave Rybakina another chance which she seized with a sizzling backhand crosscourt return.

Wimbledon champion comfortably served out, powering down her fourth ace on her first set point to move ahead after 42 minutes.

The 23-year-old Rybakina had been on court for more than two hours and taken to a third set 10-point tiebreak as she knocked out last year’s finalist Danielle Collins in the third round.

By contrast, Swiatek dropped just one game and did not face a break point during her last-round romp past Spanish qualifier Cristina Bucsa.

Swiatek stepped up at the start of the second set, attacking off her forehand and broke immediately for 2-0 to chants of “Iga, Iga” from a small, but noisy, contingent of Polish fans clad in red and white.

The cries were short-lived.

Rybakina broke to love at 1-3 as Swiatek’s first serve deserted her.

Rybakina, by contrast, was now firing down serves with power and accuracy, her fifth ace helping her to level at 3-3.

“I think I was serving good and just struggling a bit on one side,” said the composed Rybakina.

“But in the important moments I played really well and that made the difference.”

Swiatek had won the pair’s only previous meeting in straight sets at Ostrava in 2021.

But history counted for nothing against the confident Kazakh who forced Swiatek to save two break points at 4-4.

A sixth forehand winner of the match from Rybakina created a third, which she took when the Pole netted and served out with ease to take the match.

Coco Gauff’s Australian Open ended on Sunday after the 18-year-old American prodigy was beaten in straight sets by former French Open champion Ostapenko in the fourth round.

Ostapenko edged a tight battle 7-5, 6-3 in an 1hr 33min on Margaret Court Arena to reach the quarterfinals at Melbourne Park for the first time.

“I knew she’s such a great player, super young and she’s playing really well but I really had nothing to lose,” said Ostapenko, who won at Roland Garros in 2017 and earned her fifth WTA Tour tile in Dubai last year.

“I just went there and tried to show my best and try to fight for every point and to make it hard for her and I’m really happy with the way I played.”

Ostapenko, whose last Grand Slam quarterfinal came at Wimbledon in 2018, has endured some tough injury-hit years since and had never before beaten a player ranked inside the top-10 at the Australian Open.

“I was trying to stay positive all the time,” said Ostapenko. “And I knew I have to play aggressive, even if I miss some balls.”

Gauff had not dropped a set on the way to the last 16 and the match was a tight affair, with little to choose between the pair.

But it was the 25-year-old Ostapenko who played the crucial points better, pouncing at the end of each set.

“At the end, I think I kept her under so much pressure and it brought me a win,” said Ostapenko.