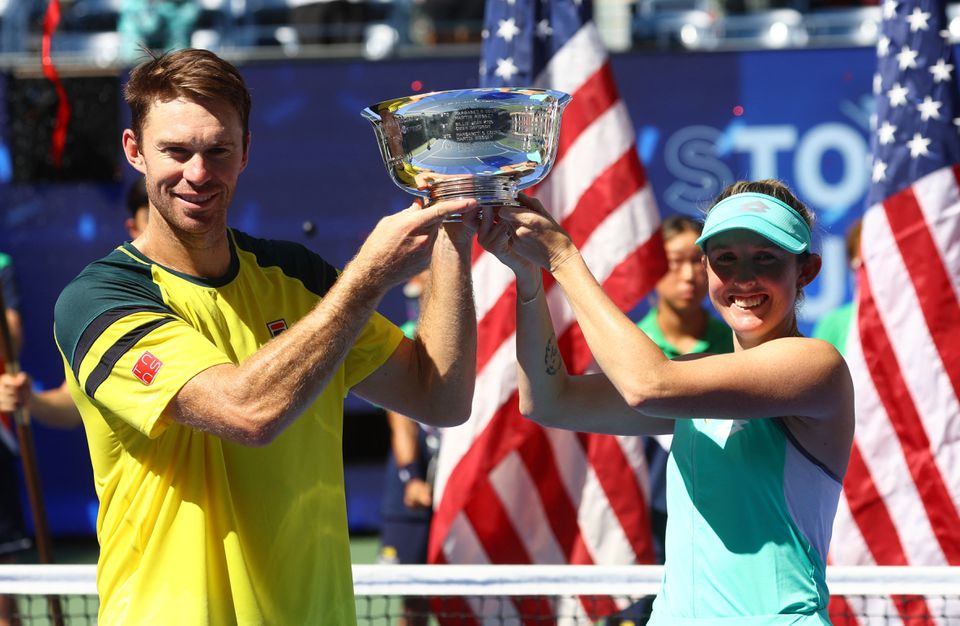 New York: John Peers and Storm Sanders became the first Australians since 2001 to claim the U.S. Open mixed doubles title with a 4-6 6-4 10-7 win over Belgian Kirsten Flipkens and France’s Edouard Roger-Vasselin on Saturday.

Playing in Arthur Ashe Stadium, it was their first Grand Slam title as a team. Peers previously won a men’s doubles title at the 2017 Australian Open.

“To play on the biggest court in the world is a very memorable experience,” said Sanders, a day after she lost in the women’s doubles semi-final.

The fourth-seeded Australians were left to rue missed opportunities in the first set as they failed to convert three break points.

But with Australia’s former doubles number one Sam Stosur among those cheering them on from the stands, Peers and Sanders made amends in the second when they converted a set point after a costly double fault from the Frenchman.

Flipkins and Roger-Vasselin recovered from 0-3 deficit in the match tiebreak but could not keep the momentum up as Peers sealed the title with an ace.

“Stormy, we got one. Well done,” said Peers. “It’s been a pleasure this week and a lot of fun so hopefully there are a few more coming up.”

Flipkins, who announced her retirement from singles competition this year, told the crowd she was happy simply to be back on tennis’ grand stage after deciding to join forces with her French partner in Cincinnati.

“I didn’t even expect one day I would be standing here in the finals,” she said.