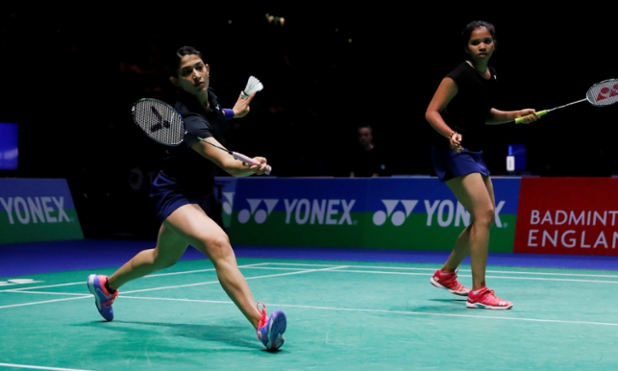 There was no turning back for the Indians after that as they maintained their dominance and took the game 21-14.

The second game was a far closer affair with the score at the interval reading 11-9 in the Indians’ favour. Ashwini and Sikki won another point after the restart after which Birch and Smith won three consecutive points to make it 12-12.

The two teams exchanged points after that until Ashwini and Sikki managed to take a two-point lead at 17-15. They maintained that position, and eventually took the second game 21-18.

In the semi-finals, they now face England’s Callum Hemming and Steve Stallwood, who beat Indian seventh seeds M.R. Arjun and Dhruv Kapila in the quarter-finals on Friday.