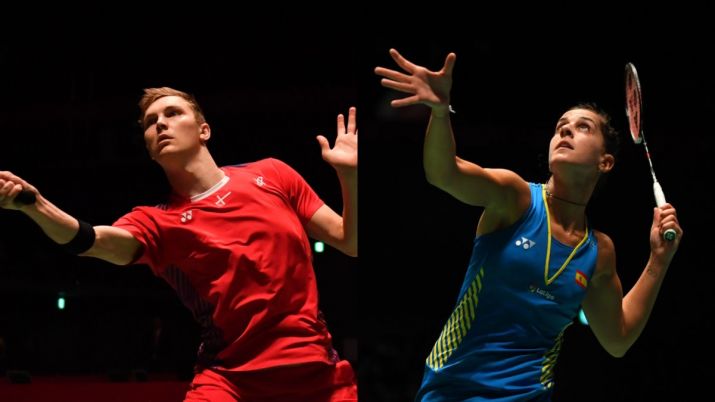 With the Olympic qualification cut-off set to end on April 26, the $400,000 event will see a galaxy of stars, including eight of the world’s top 10 women singles and three of top 10 men singles players, descending at the Indian capital.

A number of top Chinese players, who were cleared to participate in upcoming BWF World Tour tournaments in Europe, are expected to participate in the USD 400,000 event, despite the fears surrounding the deadly coronavirus, which began spreading from Wuhan, China.

Besides Yufei, world number eight He Bingjiao and former All England champion Shi Yu Qi are the other stars of the Chinese squad who are expected to compete at the Indira Gandhi International Stadium.

Among the men, while Axelsen will be gunning for his third title, he will have to contend with fellow top-10 players, India’s B Sai Praneeth and 2018 winner Shi Yuqi of China.

Korea’s Son Wan Ho, a 2012 champion and former World No. 1, will be another of the star shuttlers vying for the title.

Three-time world junior champion Kunlavut Vitidsarn, who reached the Barcelona Spain Masters final this month, will be one of the young guns capable of causing an upset.

For Saina Nehwal and Kidambi Srikanth, who had claimed the title in 2015, the tournament will be crucial as they look to bag some valuable ranking points and materialise their Tokyo Olympic dreams.

For 2017 champion Sindhu, it will be a perfect battleground to test herself against the world’s best in front of the home audience.

The tournament will also give the biggest stars a chance to improve their ranking and, in turn, better their seeding at Tokyo something the likes of Yamaguchi, Intanon, Marin will be hoping to do.

In doubles, all eyes will be on Thailand Open champions Satwiksairaj Rankireddy and Chirag Shetty, who are currently ranked 10th and are almost certain of making the trip to Tokyo.

The Indian duo will look to produce their best in a heavily-stacked draw that has seven men’s doubles pairs from the world’s top 10, led by World No. 4 Japanese combination of Takeshi Kamura and Keigo Sonoda.

The Indian pairs of Satwiksairaj-Ashwini Ponnappa and Pranaav Jerry Chopra-Sikki Reddy need to show their best form in a mixed doubles field that sees the World No. 1 combine of Zheng Si Wei and Huang Ya Qiong leading 9 top-10 teams.

The women’s doubles section is also packed with eight top-10 teams where Sikki and Ashwini will be the Indian team in contention.