Ball that got Virat could have got any batsman: Kyle Jamieson 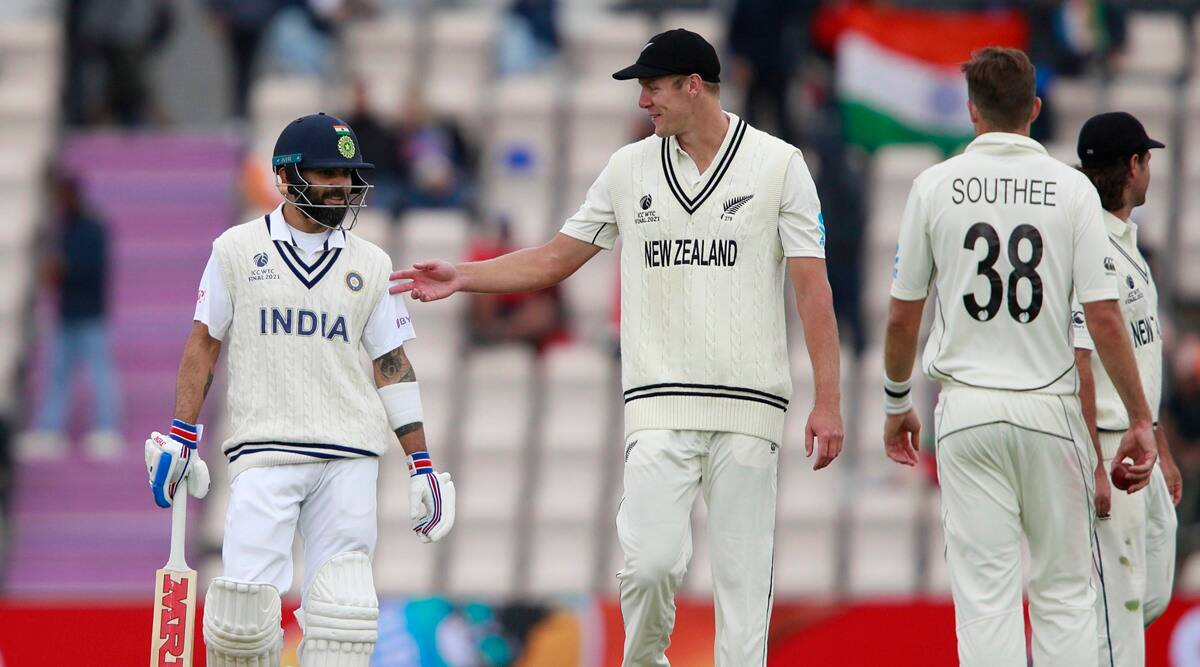 Southampton: Rookie New Zealand pacer Kyle Jamieson, who rattled India with a fifer, on the second day of the World Test Championship final, feels that any batsman could have been dismissed with that inswinger that got rid of rival skipper Virat Kohli.

Jamieson got a five-wicket haul as New Zealand dismissed India for 217 on the third day of the WTC final and then scored 101 for 2 at the close of play.

Asked if setting up Kohli with outswingers and then bringing one back in like they did in New Zealand is a template they have said, Jamieson answered in affirmative.

“Oh, I guess yes. Maybe there is some sort of pattern and this we know talk about huge amount, the one that I was able to get him (Kohli) today certainly seamed back a little-bit.

“And that was pretty hard to control as a bowler and pretty harder to manage as a batter no matter who you are. So I don’t think it is necessarily just for him (Kohli),” Jamieson said at the virtual post-day press conference.

According to the 26-year-old lanky speedster, who returned with fine figures of 5-31, Kohli’s dismissal played a key part in how things unfolded on the second day.

“Yeah, obviously he (Kohli) is a massive part of their team and pretty big wicket to get, so to get him pretty early morning, was I guess was nice and pleasing and pretty crucial for how the day followed,” added the right-arm pacer.

However he did not feel that Kohli has any apparent glitches in his technique.

“Oh, not really I think, he is (Kohli) world class batter and those guys don’t tend to have too many chinks in their armoury. He is obviously a massive part of their line-up and to get him early certainly set things up nicely for us.”

Jamieson at times got the ball to wobble and it was satisfying to keep Kohli under control as the Indian captain in his 132-ball innings had a single boundary to his name.

“It is pleasing in terms of for myself trying to wobble the ball and try and keep him in check a little-bit and to get that was pleasing and it was a great start for our day,” the lanky pacer signed off.

Would have been great if we had a go at Taylor this evening: Gill

WTC final: Kiwis keep nose ahead in reply to India’s 217