Bangladesh's Shakib keen to learn from past mistake 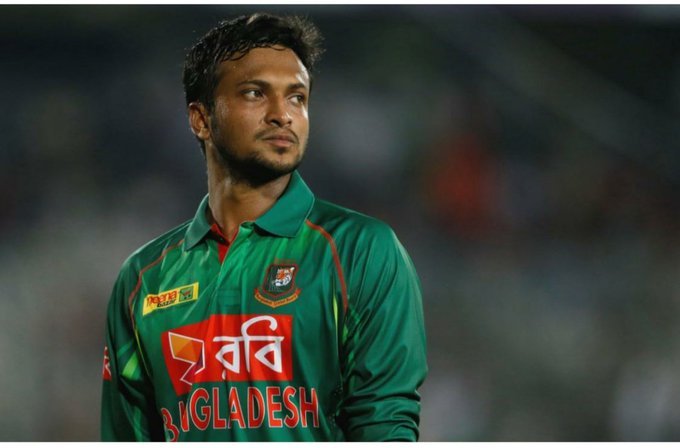 Dhaka: Premier Bangladesh all-rounder Shakib Al Hasan, who is serving a one-year ban for not reporting a corrupt approach, says not taking things lightly due to “ignorance” was the biggest lesson he has learnt from the infamous incident.

Shakib, who had amassed 606 runs in the 2019 World Cup, was banned by the ICC for two years in October last with one year of that suspended after he accepted three charges of breaching the world body’s Anti-Corruption Code.

“I have realised that there are certain things that you just cannot take lightly due to ignorance and probably that is the biggest lesson I learnt during this time,” Shakib, who is currently in United States, was quoted as saying by DW Bangla.

His ban ends on October 29 this year.

“It is very difficult time for me because at the back of the mind you always think that I am not playing or not being able to play. The good thing is that I was able to stay with my wife during the birth of our second child.

“I could not do that when my first daughter was born and I am trying to be with them in the lockdown. For me making sure that I am not depressed is extremely important as I am locked down in my house.”

The 33-year-old was in sublime touch with the bat before the ban brought him down. Shakib expects himself to pick up again from where he left off.

“First of all, I want to return to the game. I will return to the game after 4-5 months. No other decision (will be taken) before that. The biggest challenge is to be able to start again from where I had stopped, that is what I’m expecting from myself.

“Wish I can start from where I ended up. That is the challenge for me, nothing else.”

Shakib was sensational at number three in the World Cup and he said South African great AB de Villiers inspired him to bat in that position.

“I was talking to De Villiers during the BPL before the World Cup. It was just a normal conversation. He told me that at times he has batted late. If he had batted at number three then he could have contributed more to the team and scored more runs.

“Thinking about the team, he always had to play at four, five, six. His theory was to play in the middle order and score 70-80, which sometimes gives an advantage to the team, and sometimes it doesn’t work. But had he batted at three, then he could have scored 100-120 and might have won more,” he added.