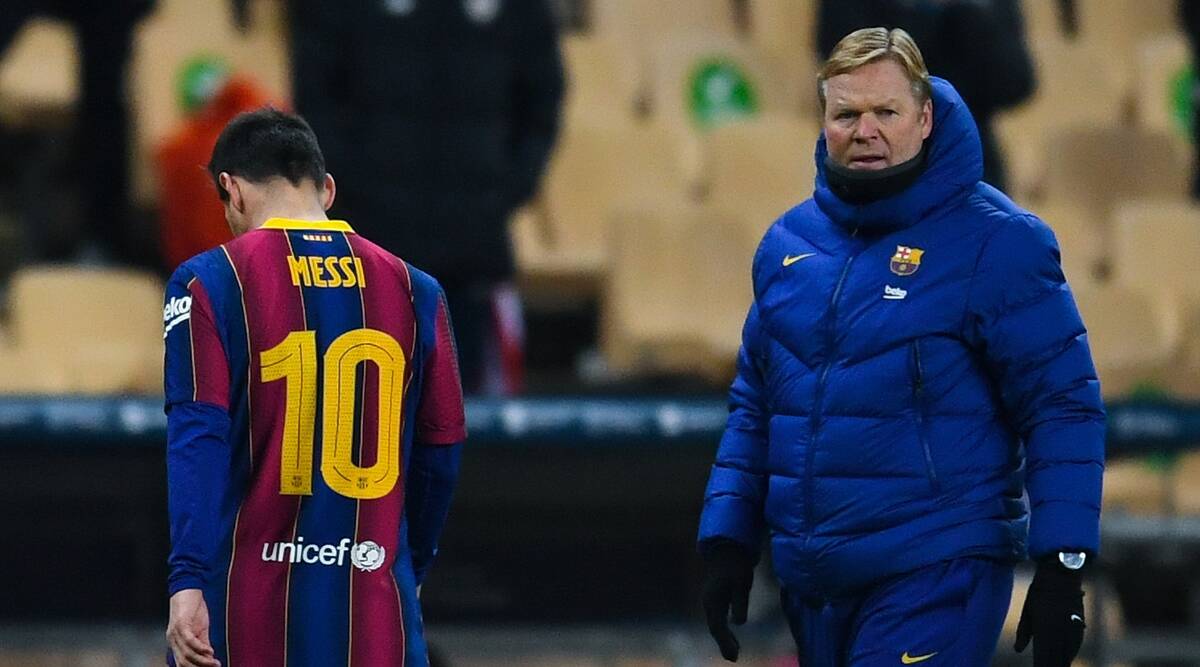 New Delhi: Cádiz snatched a late penalty to draw 1-1 at Camp Nou and deal Barcelona an unexpected setback in its bid for the Spanish league title on Sunday.

Five days after being beaten 4-1 by Paris Saint-Germain in the Champions League, Ronald Koeman’s side saw two points slip away when substitute Álex Fernández converted an 88th-minute penalty conceded by Clement Lenglet.

Lionel Messi appeared to put Barcelona on its way to an easy win in his club record 506th league appearance in Spain. But after Messi scored from the penalty spot in the 32nd minute, Barcelona was unable to finish off many scoring chances.

The draw leaves Barcelona in third place at eight points behind leader Atlético Madrid, which lost 2-0 to Levante on Saturday. Real Madrid was the biggest beneficiary of the round, moving three points behind Atlético after winning 1-0 at Valladolid also on Saturday. Madrid has played one more match than Atlético and Barcelona.

“These are two hard blows this week,” Barcelona defender Gerard Pique said after the slip to Cádiz on the heels of enduring a hat trick by PSG star Kylian Mbappe on Tuesday in the first leg of their Champions League round-of-16 match.

“There is a way to go in the league, but we didn’t count on this. If we can get on a good run of play and get good results, we can still have a shot. It is going to be difficult,¨ Pique said.

Cádiz, which came up from the second division this season, upset Barcelona 2-1 in early December when Koeman’s side was still finding its way under the new coach. Since then, Barcelona has not lost in the league and arrived at the game on a seven-game winning streak in the league.

Barcelona had 80% of possession and out-shot Cádiz 20-3. But a clumsy foul by Lenglet — when he kicked Rubén Sobrino in the leg while trying to clear a ball on the edge of the area — ruined a strong performance that only lacked a second goal.

It was Cádiz’s first point earned at Camp Nou since 1978.