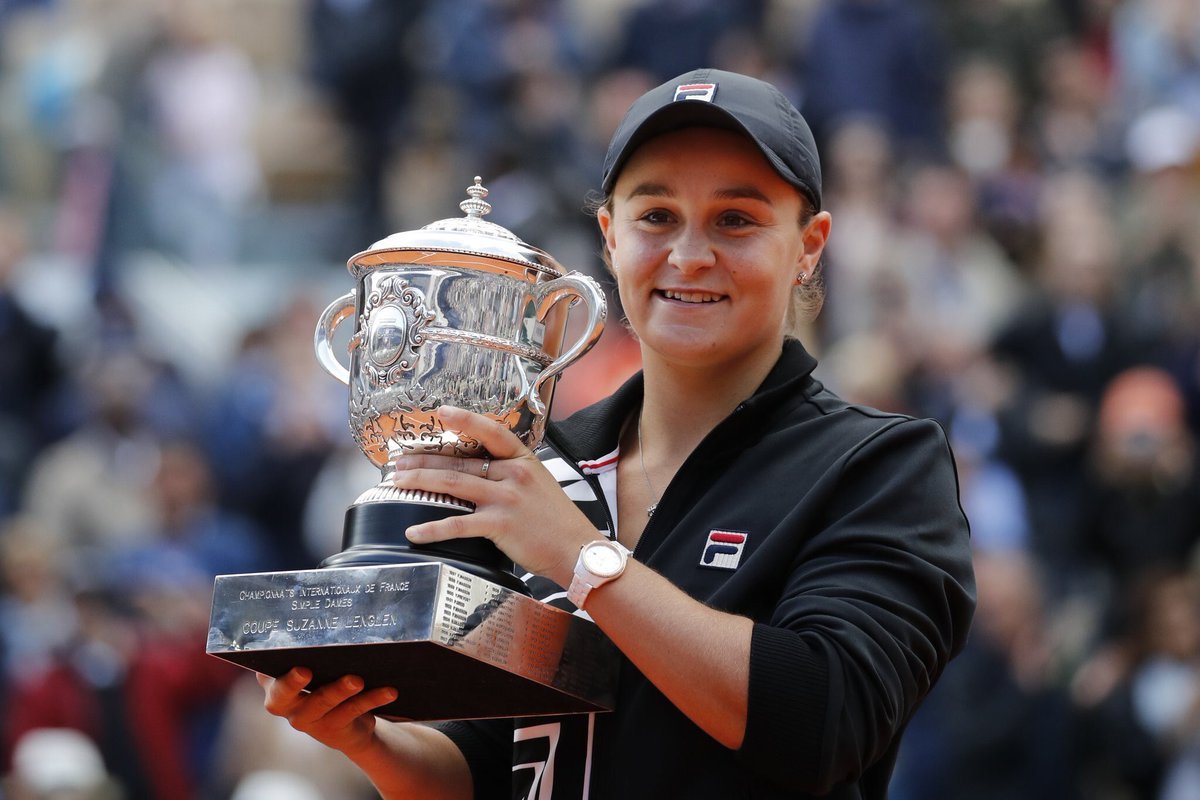 Ashleigh Barty became the first Aussie women to win the French Open since 1973.

Paris: Ashleigh Barty capped off a dream fortnight in Paris with the best prize of all: her maiden Grand Slam title at the French Open.

The 23-year-old, who once hung up her tennis racquets in favor of cricket, will also rise to World No.2 on Monday after defeating Marketa Vondrousova 6-1, 6-3 in a dominant display.

Praise for the well-liked Aussie flooded social media as her major achievement made waves in the tennis world and beyond.

Not since Margaret Court’s triumph in Paris in 1973 has an Australian won the Coupe Suzanne Lenglen but this victory was in very little doubt from the moment the final began.