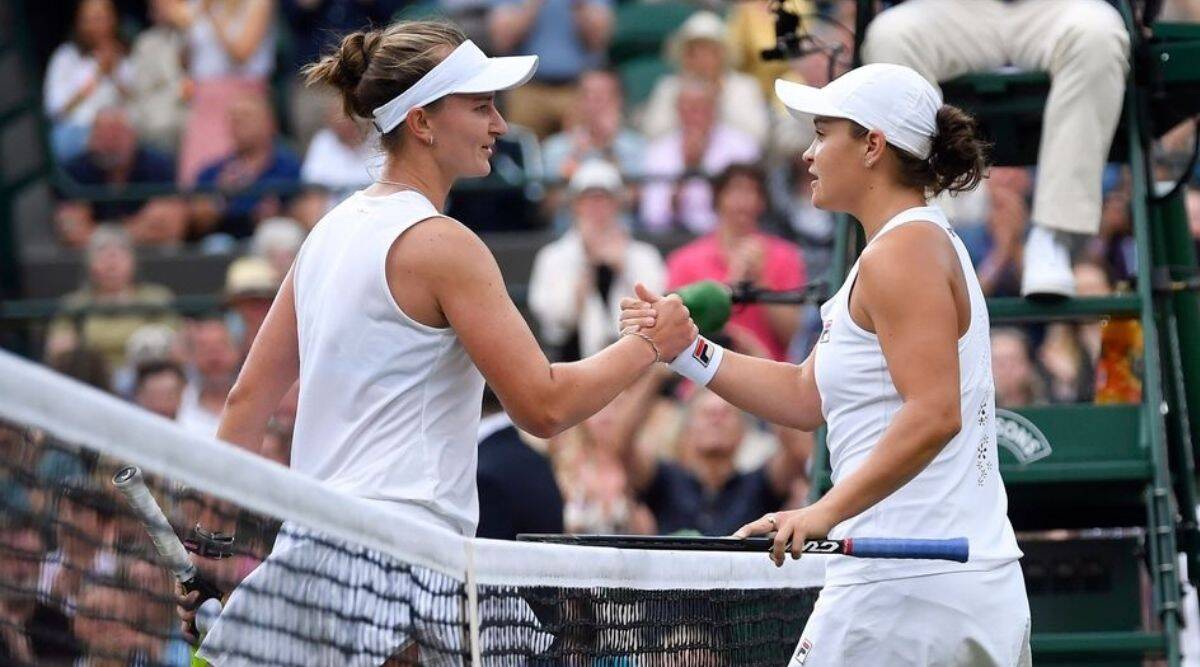 Wimbledon: The serve was not at full throttle and the strokes were often rather wayward but that did not stop Ash Barty from reaching the Wimbledon quarter-finals for the first time with a 7-5 6-3 win over French Open champion Barbora Krejcikova on Monday.

Long tipped as a future Wimbledon champion, the Australian world No. 1 has had to wait nine long years since making her debut in 2012 to finally put herself in the last-eight mix at the grasscourt major.

“I’m excited. It’s another first, I’m going to enjoy it no matter what. It’s a stepping-stone to what is one of my biggest dreams,” the 25-year-old said as she looked forward to an all-Australian showdown with Ajla Tomljanovic.

Facing her Czech opponent, who until last Tuesday had never played a main draw singles match on turf, Barty had been expected to easily make her greater grasscourt pedigree count.

Yet she was the one who came unstuck first with Krejcikova threatening to win her 16th match on the trot after seizing the early initiative when she broke for a 2-1 lead in the first set.

But in a battle of world No. 1s, with Krejcikova on top of the women’s doubles standings, Barty bided her time before finally drawing level at 4-4 when the Czech netted a backhand.

The was the moment Barty finally felt “super free” and “super comfortable” to start doing what she does best.

The top seed struck a huge blow to Krejcikova’s hopes of becoming the first woman since Serena Williams in 2015 to chalk up the Roland Garros-Wimbledon double in the same year when she broke the Czech to love to take the first set.

A flurry of breaks midway through the second set failed to fluster Barty and, after sealing victory with a thumping ace, she puffed her cheeks before breaking into a smile – the relief at finally climbing over that fourth round hurdle clear to see.

A contest in which Barty misfired five double faults, got only 53% of first serves in play and made more unforced errors (24) than winners (22) did not exactly produce the kind of stats a world No. 1 would be proud of.

But what the Australian can be proud of is the way she refused to panic whenever Krejcikova threatened to rain on her parade.

Even when Barty was 0-40 down in the seventh game of the second set, she conjured an ace and a canny drop shot winner to get to deuce. Although 14th seed.

“That was an incredibly tough match,” summed up 2019 Roland Garros champion Barty, who had beaten Krejcikova’s doubles partner Katerina Siniakova in the previous round.

“For the first 15 or 20 minutes, I felt like I was really struggling to pick up her ball off her racket. I wasn’t able to make enough, give myself a chance to get into games, plain and simple.

“It was just about giving myself time to settle into the match in a sense of feeling super free and super comfortable, just working my way into games,” added Barty, whose French Open run was cut short by a hip injury.