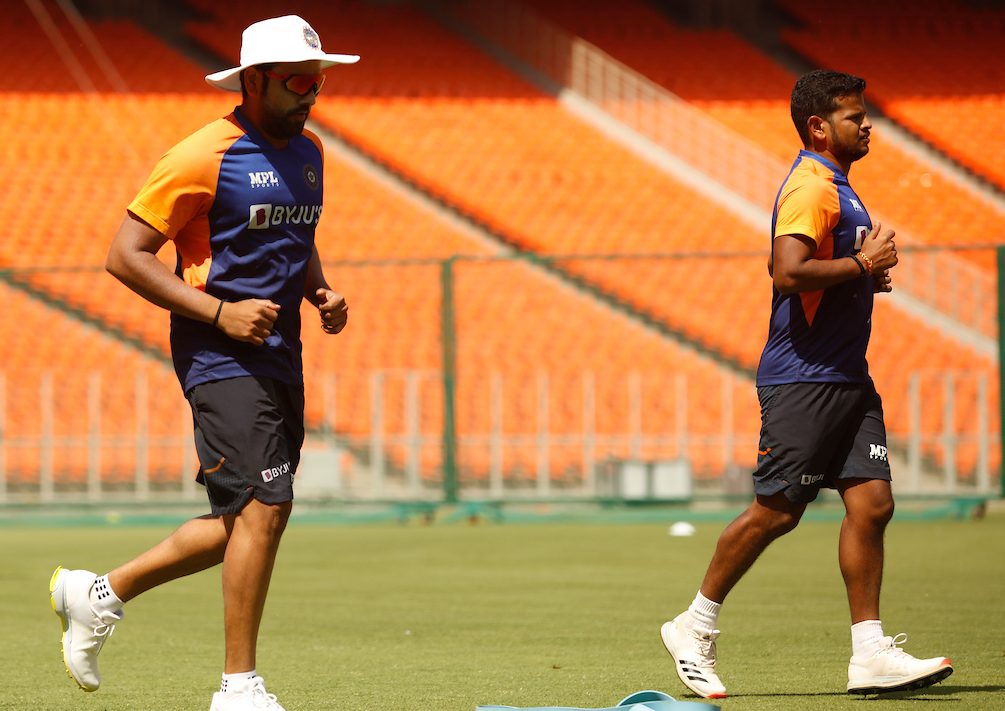 Ahmedabad: India opener Rohit Sharma, set to play in only his second pink-ball Test, said he will be “extra cautious and focused” while batting during the twilight phase of the day-night match against England.

Rohit, who scored a dazzling 161 in the second Test in Chennai, had featured in the first day-night Test held in India against Bangladesh in November 2019 but did not bat during the twilight phase.

“So far, I have only heard from fellow teammates that it plays on the mind. I played just one pink ball Test against Bangladesh but didn’t get to bat at that (twilight) time when sun was about to set,” he said during a virtual press conference ahead of the third Test against England, starting on Wednesday.

“It’s obviously a little challenging, the weather and light suddenly change. You have to be extra cautious and focused. You need to talk to yourself. All batters are aware of these challenges. We just need to be mindful of the situation and play accordingly.”

The four-Test series between India and England is currently tied at 1-1.