Bayern Munich CEO Rummenigge to quit after 30 years, Kahn to take over 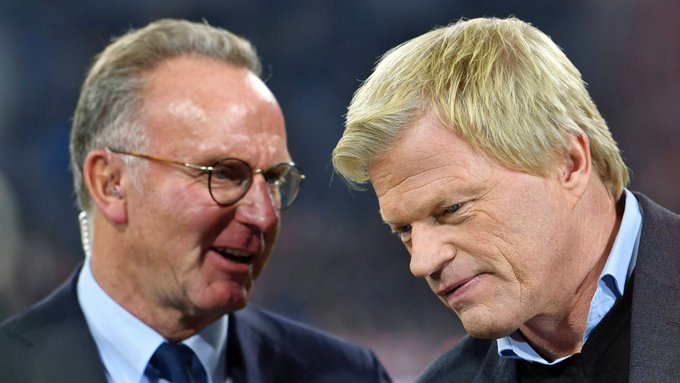 Munich: After 30 years in charge of Bayern Munich, Karl-Heinz Rummenigge will step down as chairman at the end of the month and will be replaced by former Germany captain Oliver Kahn on Tuesday.

“It’s the most strategically sensible and logical time. We’re entering a new period with a new coaching staff. The new season should begin with Oliver Kahn in charge as new CEO,” Rummenigge said looking ahead to the arrival of new head coach Julian Nagelsmann.

“Together with Uli Hoeneß, he turned Bayern into one of the best addresses in international football, both in a sporting and economical sense,” added club president Herbert Hainer.

Rummenigge’s departure will herald a new era at Bayern for the start of next season.

He joined the club’s management in 1991 as vice-president and then became chairman in 2002, overseeing an incredible period of success.

With Rummenigge on board, Bayern won the Bundesliga title 19 times and lifted the Champions League trophy in 2001, 2013 and 2020.

A former striker who made 95 appearances for West Germany, Rummenigge played for Bayern from 1974 to 1984.

He was part of the team which won the European Cup twice and was voted the Ballon d’Or winner in both 1980 and 1981.