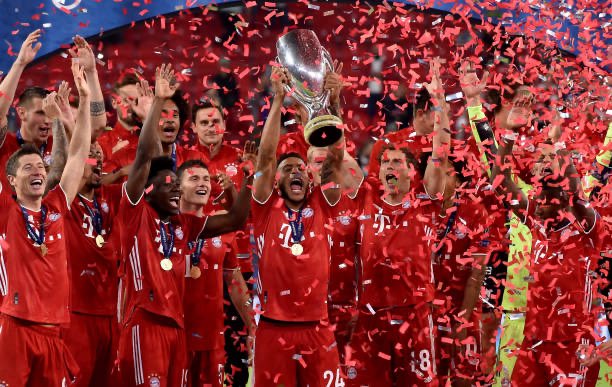 Budapest: Javi Martinez headed an extra-time winner as Bayern Munich won the UEFA Super Cup 2-1  over Sevilla at the Puskas Arena in Budapest.

Leon Goretzka drew things level for Bayern, the Champions League winners, just after the half-hour mark having been teed up by Robert Lewandowski.

Substitute Martinez then provided the decisive moment in the 104th minute, heading past Yassine Bounou after the goalkeeper had parried an Alaba shot, as Hansi Flick’s treble-winners secured another trophy to add to their haul.