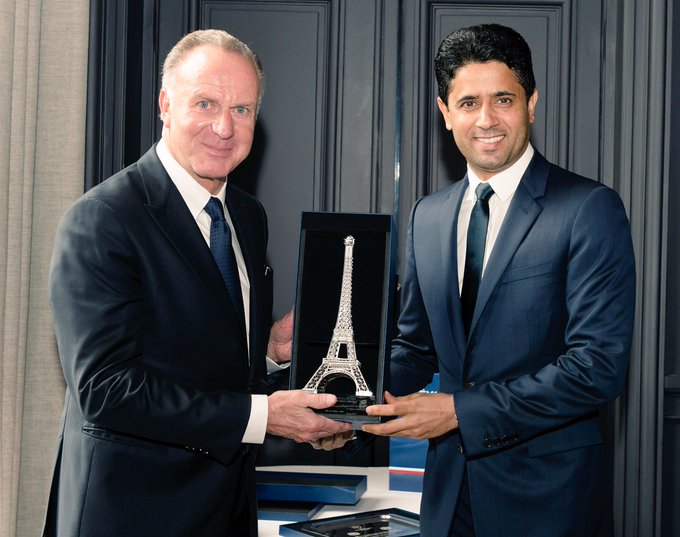 Berlin: Bayern Munich chairman Karl-Heinz Rummenigge was ratified on the UEFA executive committee alongside Paris Saint-Germain chief Nasser Al-Khelaifi as representatives of the European Club Association (ECA) at the congress of the continental ruling body on Tuesday.

The duo are of huge significance given their clubs are among the largest not involved in the breakaway Super League announced by a dozen other major sides from Spain, Italy and England on Sunday, DPA reported.

Juventus’ Andrea Agnelli left his position as an ECA member on the committee after his club became part of the breakaway. Agnelli was personally criticised by UEFA president Aleksander Ceferin and accused of being a serial liar.

Rummenigge, 65, returns to the committee on a three-year term after a previous stint 2016-2017 before he stepped down in favour of Agnelli.

He has made his, and Bayern’s, opposition to the Super League well known and backed UEFA’s expansion of the Champions League from 2024.

Ceferin singled him out for praise as a ‘fantastic’ honorary chair of the ECA and Rummenigge is expected to prove a significant ally to UEFA and its Slovenian president in the attempt to keep control of European football.

Reports suggest both Bayern and PSG are desired as members by the others involved in the Super League but — for now at least — Rummenigge and Al-Khelaifi appear committed to UEFA.

Spanish La Liga president Javier Tebas will be the European Leagues representative on the committee even with Barcelona, Real Madrid and Atletico Madrid joining the Super League.

German football federation (DFB) vice president Rainer Koch was one of eight men elected or re-elected to the executive on regular terms.

The 62-year-old Koch received the votes of 47 of the 55 national delegates to remain on the influential committee for another four-year term after taking the position of former DFB president Reinhard Grindel in March 2020.

‘Either you’re in or you’re out’: Fifa chief to Super League clubs