BCCI introduces A+ category for umpires 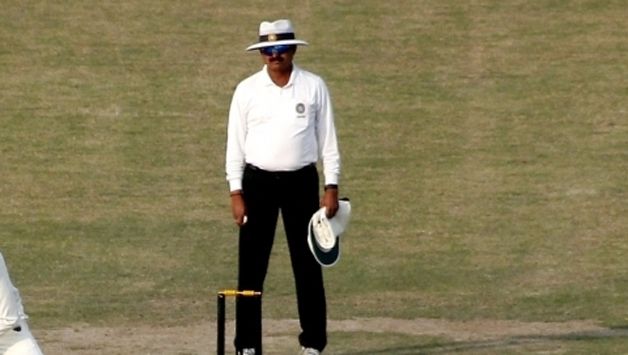 ICC Elite Panel member Nitin Menon is among 10 officials grouped in the newly introduced A+ category of BCCI umpires.

The others in the A+ category include four international umpires — Anil Chaudhary, Madangopal Jayaraman, Virender Kumar Sharma and K N Ananthapadmabhanan.

Twenty umpires including C Shamshuddin form the A group, 60 are in Group B, 46 in Group C and 11 in Group D which falls in the 60-65 age bracket.

The complete list was tabled at the Apex Council meeting on Thursday following the work done by former international umpires K Hariharan, Sudhir Asnani and Amiesh Saheba, and members of BCCI umpires’ sub-committee.

Though the list was presented as ‘gradation of umpires’, a BCCI official clarified to PTI that the board has created groups.

“It is not grading. There are groups with A+ being the new category. A+ and A, one can say form the cream of Indian umpires. Umpires in B and C category are also good.

“When it comes to assigning duties across domestic events starting at the top with Ranji Trophy, preference will be given group wise. The grouping has been done after reviewing the performances of the 2021-2022 season,” said the official.

The board has not added to its umpires’ list since 2018. With the threat of COVID-19 reducing, the BCCI has decided to conduct a full fledged domestic season after two years. The board plans to organise as many as 1832 games across age groups in men and women’s cricket, a massive exercise.

The standard of Indian umpires is often criticised in the highly watched IPL.

Only one Indian, Menon, is part of the ICC elite panel.

Asked about more umpires graduating to the highest level, the BCCI official added: “We put too much emphasis on the elite panel. Only England has three umpires in the elite panel, Australia has two and rest only one. You can only have so much there.

“The focus should be on improving standard of umpiring at all levels,” the official added.