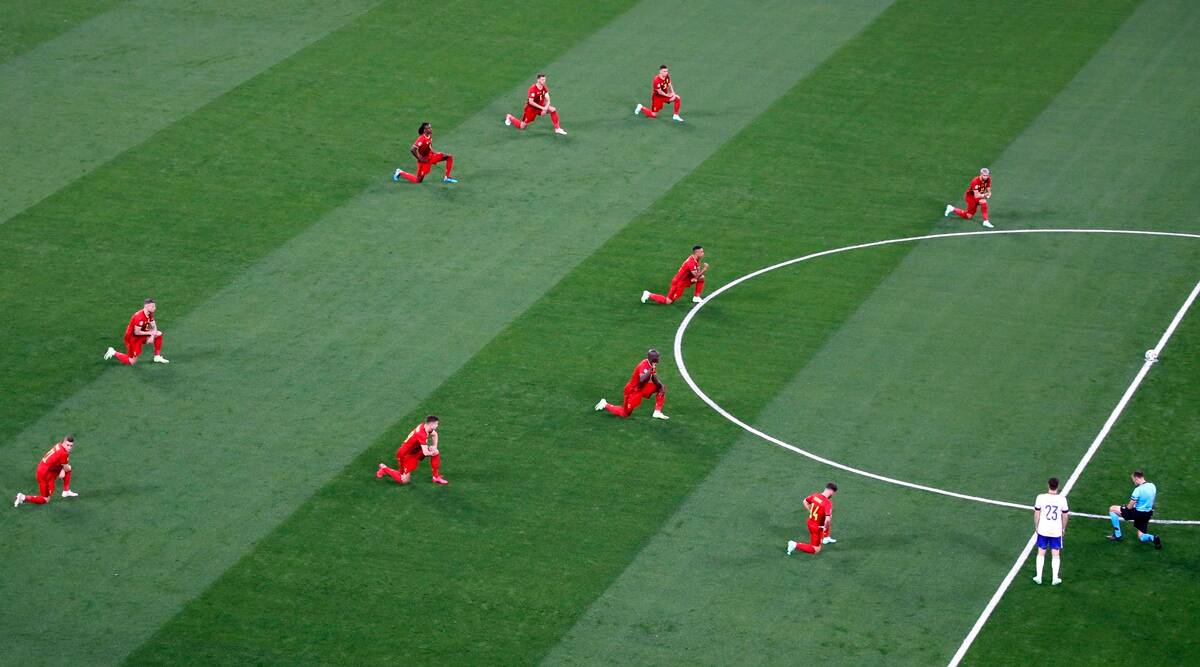 St. Petersburg: Belgium’s players have been jeered by sections of the crowd at Saint Petersburg Stadium while taking a knee before the start of a European Championship match against Russia.

Loud music was played while the gesture against racism was taking place but the boos were still audible.

Russia’s players chose not to take a knee.

The national soccer teams from Wales and Switzerland both took a knee before their European Championship match got started in Baku.

Wales has committed to taking a knee before games at Euro 2020 to protest racism. England is doing the same. Scotland has pledged it will be “taking a stand against racism” at its two home games in Glasgow and will kneel before the match against England in London.

Netherlands captain Georginio Wijnaldum says Dutch players will not take a knee in an anti-racism gesture before their opening European Championship match against Ukraine on Sunday. Wijnaldum says the team already is involved in anti-racism initiatives with the Dutch soccer federation and has decided not to take a knee at the Johan Cruyff Arena because they have not done it in other recent games.

Wijnaldum says the team already does a lot to promote an anti-racism message but adds “it is never enough until it (racism) has stopped.”

Sections of fans have booed England players when they took a knee before two Euro 2020 warm-up matches. The Football Association has issued a statement asking England fans to respect the right of players to “take a knee” as a protest against racial injustice, and not boo them before matches at the European Championship. England players were booed by some fans before two recent friendlies when they knelt – a protest borrowed from American NFL quarterback Colin Kaepernick and popularised by the Black Lives Matter movement.