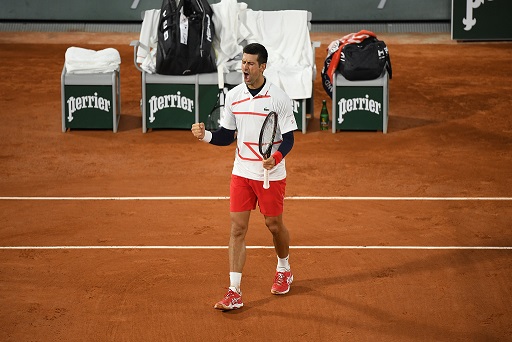 Belgrade: Novak Djokovic completed a successful warm-up for the French Open when he beat Slovakian Alex Molcan 6-4, 6-3, on Saturday in the final of the ATP clay tournament in Belgrade.

Molcan, ranked 255 in the world, broke Djokovic’s serve three times from three break points in the first set, but struggled to hold his own.

Djokovic struggled with his first serve in the opening set, only managing to get 44 per cent in and winning just six points from them. He still took the set with his fourth break in the tenth game.

The Serbian was steadier in the second set, landing 66 per cent of first serves. He broke in the sixth game. Molcan immediately broke back, but Djokovic immediately regained the initiative by winning the next game.

He then comfortably served out the match in 1h 28 min.

It was the second title this season for the 34-year-old world number one, the winner of the Australian Open in February, and the 83rd of his career.

Roland Garros starts on Sunday. Djokovic has been drawn in the same half of the draw as his old rivals Rafael Nadal and Roger Federer for the French Open, which starts at Roland Garros on Sunday.

All eyes on record-eyeing Rafael Nadal at French Open