Bengal Warriors settle for draw with Dabang Delhi in PKL 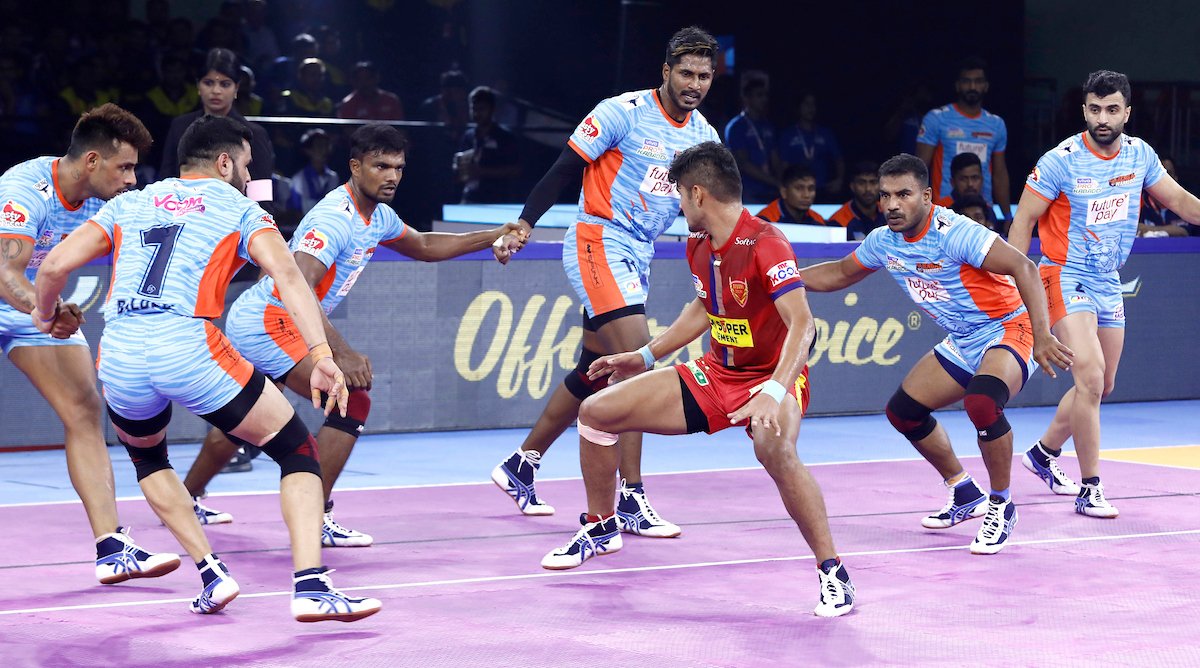 Chennai: In form teams, Bengal Warriors and Dabang Delhi played out an entertaining draw, with both teams finishing on 30 points here on Saturday. K Prapanjan and Naveen Kumar clinched Super 10s for Bengal and Delhi respectively in a high-intensity encounter as both teams missed out on an opportunity to go top of the Pro Kabaddi League table. current sports news

A raid storm was expected prior to the match as both sides had been amongst the finest raiding units in Season 7. And true to their name, Dabang started with a bang, opening their account with a super raid and inflicting the first all-out of the match in the fifth minute. current sports news

Raiders Chandran Ranjit and Naveen Kumar looked in their aggressive bests for the Delhi side in the initial minutes but Bengal slowly clawed their way back in the mid portions of the half. current sports news

But Dabang ended the first half, just like how they started, with the team pulling off a super tackle, courtesy a clever review, in the dying minutes to build a healthy lead. The first half ended 18-11 in favour of the Delhi side.

Delhi started the second half on a high but a 4-point game with 12 minutes remaining in the match, a super-tackle by Jeeva Kumar and then a two-point raid by Sukesh Hegde reduced the gap between the teams to four points.

The turnaround was complete when Bengal clinched their first all-out of the match with less than seven minutes remaining in the match. Delhi’s unsuccessful raid percentage increased in the second half while Bengal improved with Prapanjan pulling off a Super 10 with 4 minutes remaining.

Naveen ‘Express’ Kumar was in no mood to give up the match though and ensured the match remained close, securing another Super 10 (his sixth of the season) in the process. current sports news

A do-or-die raid in the final minute opened an opportunity for Bengal to clinch the match but their initial joy was cut short when a review proved Bengal’s raider had fallen short in his attempt. The match ended in a tie, a fair reflection of the closeness of the contest.