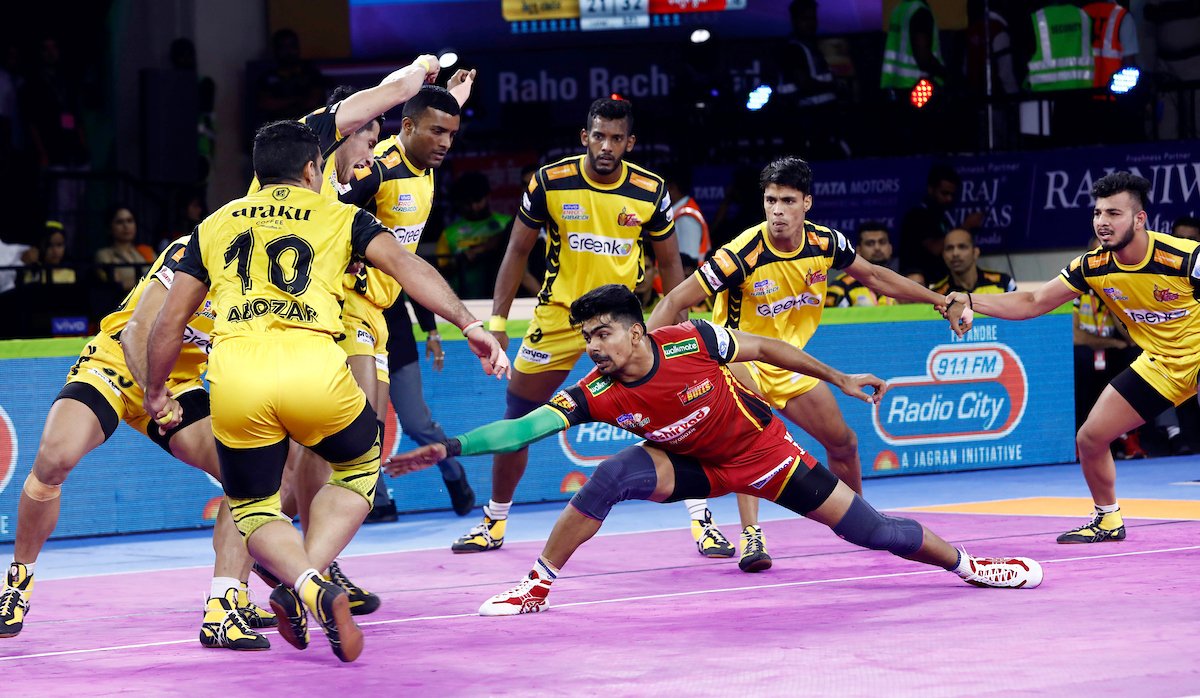 Action during the match.

With this win, Bengaluru climbed to third place in the points table, while Dabang Delhi and Jaipur Pink Panthers are first and second respectively.

In the first half, Pawan scored 17 points against the Titans. The star raiders of Bengaluru Bulls Rohit Kumar and Pawan scored first three points for their team.

Titan’s player Siddharth Desai scored two points in the third minute, but Pawan tackled the situation and helped his team to regain the momentum. Armaan responded strongly for his team Telugu Titan and scored the first super raid.

In the second half, Pawan put Bengaluru in the lead by 14 points. Mahender wrapped up his performance by scoring his seventh point and led the Bengaluru Bulls win.