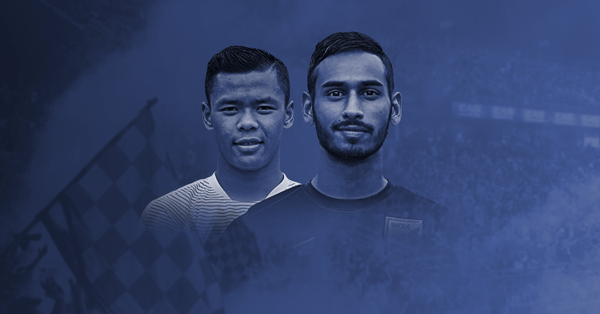 Bengaluru have also retained Carlos Cuadrat as their coach. Photo

With Cuadrat having extended his stay with the Blues until 2021, the new signings mark the beginning of the clubs first-team plans for the 2019-20 season.

Prabhsukhan, whose elder brother Gursimrat has had two stints with the Blues, said he was excited to be joining what he considered the best club in the country.

“I’ve only heard good things about Bengaluru FC and I can’t wait to begin pre-season with this team. To be in the company and share the pitch with players like Sunil Chhetri and Gurpreet Singh Sandhu is something I am looking forward to because I stand to learn a lot and improve myself,” said the 18-year-old, after completing the formalities on a one-year deal.

💥BOOM! The Blues have added the Indian Arrows duo of midfielder @SureshWangjam and goalkeeper @SukhanGill01 to the squad, our first signings ahead of the 2019-20 season. #WeAreBFC #TwoToTheFold 🔵 pic.twitter.com/fzrSOC6dF1

Wangjam, who began his career with the Bir Chandra Memorial Sports Club in Manipur, was selected to represent the India U14s in 2014 and was also a part of the national team that took part in the FIFA U17 World Cup in 2017.

Before joining the Blues, 18-year-old Wangjam spent two years alongside Prabhsukhan in the Indian Arrows setup.

“Everyone knows that Bengaluru FC has been a successful team for a number of years and for me to have the opportunity to be a part of that journey makes me very happy.

“Almost every player I have come across has expressed their desire to join this club and I am really excited to get this chance, and I look forward to making the most of it,” Wangjam said after putting pen to paper on a two-year deal.

Cuadrat said he was excited by the prospect of the new signings, adding that the club’s philosophy gives youngsters the opportunity to grow to their potential.

“We are happy to add two young talented players to the squad. Last season we showed that at Bengaluru FC, we have room for youngsters and we are willing to give them the experience of playing with the first team.

“I am sure that these two boys stand to improve a lot and will become an important part of our club as we look to defend the title,” said the Spaniard.