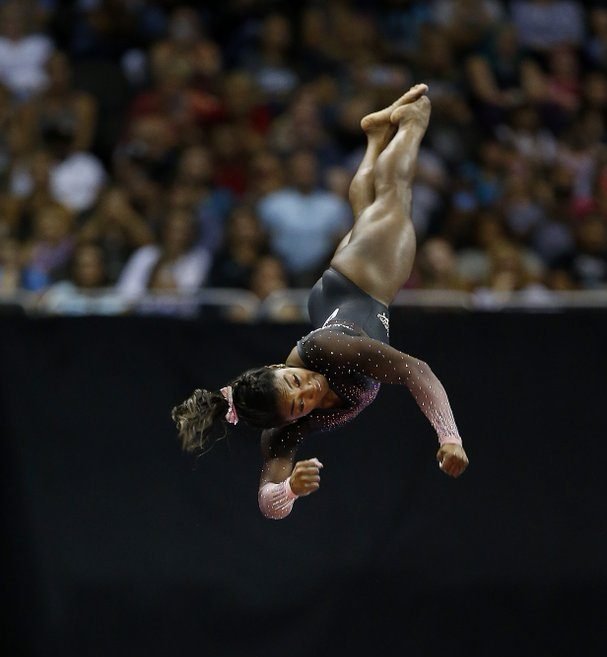 Stuttgart: US gymnastics queen Simone Biles equalled the all-time record of 23 medals at world championships with the 17th world title of her career in the vault final.

The 22-year-old needs only one more medal from her remaining three finals in Stuttgart to overtake Belarusian male gymnast Vitaly Scherbo, with the uneven bars to come later on Saturday.

Biles took her third gold of the week with a winning score of 15.399 points ahead of US team-mate Jade Carey, who finished with silver, while Britain’s Ellie Downie took bronze.

The four-time Olympic champion had already won all-around gold and the team event this week to extend her record of most world gold medals.

Biles retained the vault title she won in Doha last year by excelling on her two attempts, completing two and a half twists on her second effort.

Less than a year before the Tokyo Olympics, Biles can potentially win six medals in Stuttgart with the women’s beam and floor finals to come on Sunday.