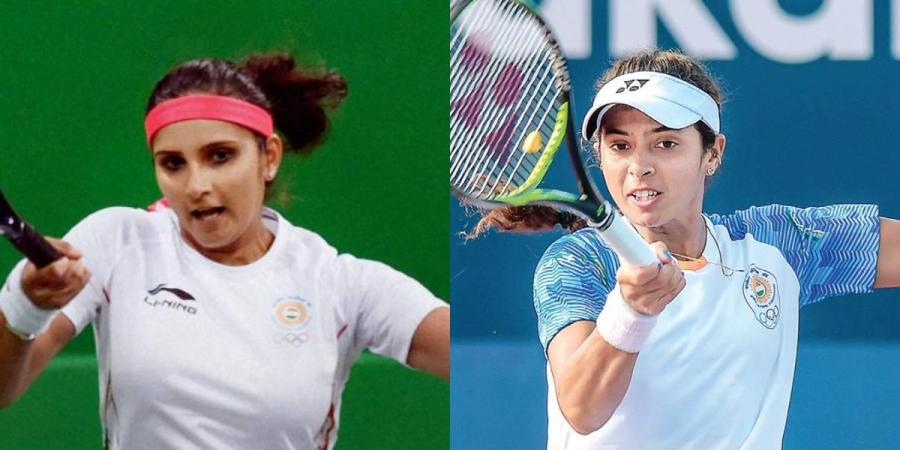 Dubai: India’s tennis ace Sania Mirza and Ankita Raina began their preparations for the Billie Jean King Cup, previously Fed Cup, tie against Latvia in Dubai in a bid to get back to peak fitness as quickly as possible for the two-day away contest on April 16-17.

The duo will be working together for a week before boarding the flight to Latvia. This is the first time in history that the Indian women’s tennis team has made it to the World Group play-offs.

The pros will be leading a five-member team that includes Karman Kaur Thandi, the fast-improving Zeel Desai and Rutuja Bhosale.

Last month, the All India Tennis Association (AITA) selection committee had selected the team, to be captained by Vishal Uppal, after a virtual meeting and Riya Bhatia, who played the tournament last year, has been kept as a reserve.

India made it to the World Group play-offs for the first time by virtue of finishing second in the Asia/Oceania Group I tie, which took place in the United Arab Emirates in March 2020, while Latvia were beaten by the US in their group.

India are unlikely to have an easy outing as Latvia will be fielding a strong team that has the likes of former French Open champion and current world No. 54 Jelena Ostapenko, besides 2018 US Open semi-finalist Anastasija Sevastova, who was ranked world No. 11 at her peak.

Latvia had given the Serena Williams-led US team a tough time in the 2020 qualifiers before losing 2-3.

India’s hopes of winning the tie will rest on Ankita, who has earned the reputation of a giant-killer over the years, while Sania’s experience will come in handy for the young team.

The tie will be played at the National Tennis Centre, Lielupe, Latvia.