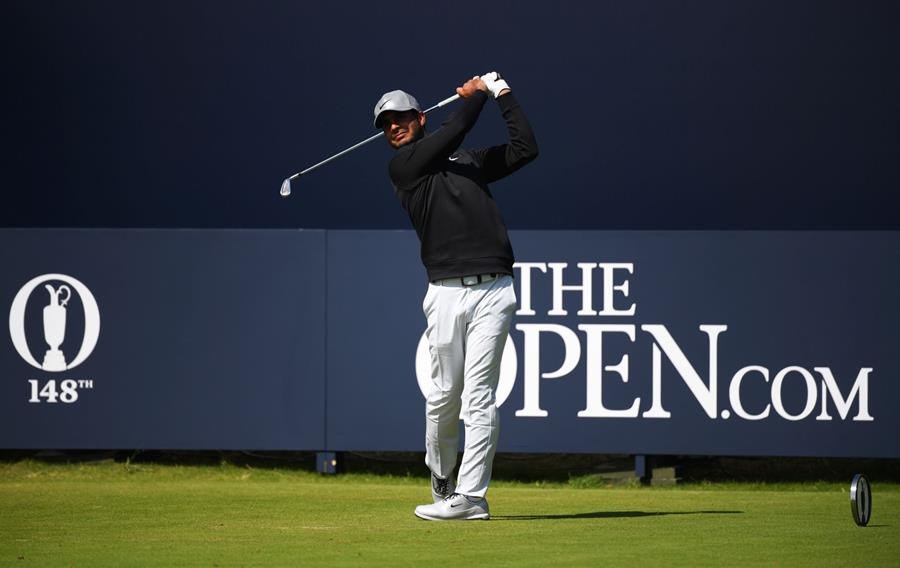 Portrush: Serenaded by thousands of fans, Shubhankar Sharma celebrated his 23rd birthday in style by shooting the lowest round of his Major career on the final day of the 148th Open Championship on Sunday.

Sharma ensured he’d leave Portrush with happy memories, highlighted by a superb 45-feet birdie putt on the final hole. That gave him a round of three-under 68, one better than the 69 he shot in the opening round of the PGA Championship last year at Bellerive Country Club.

At Royal Portrush, the Indian star teed off early at 07:42am, by which time the first stand was full of fans who welcomed him by singing ‘Happy Birthday’ loudly.

The first hole turned into a bit of a disaster, as he had to chip out with a left-handed shot from the rough before making a bogey. But birdies on the next two holes steadied the ship and he made four more from there on to offset bogeys on the 14th and the difficult 232-yard, par-3 16th, which is aptly called ‘Calamity’.

“I played pretty good today and that finish on the 18th was special,” said Sharma.

“To be honest, I felt like I had a great tournament, except for that back nine on Saturday. It was good to sort of make a comeback today.

“I’m not used to doing much on my birthdays, but the last two birthdays have been very special. Last year I was in The Open as well. I was in a restaurant and everyone got up and sang ‘Happy Birthday’ for me. Now to see the grandstand singing… it’s very, very special. It really was a perfect day.”

Sharma endured a treacherous stretch of six holes on the back nine in Saturday’s third round that included three doubles, two bogeys and a birdie. Even if he had played those six holes to par, he would have comfortably finished inside the top-20.

“At the start of the day, I was just trying to erase the memories from yesterday. After the round, I went to the range and there was nothing wrong with my game. I was hitting the ball flush. It was just my mind, which had gone off in the back nine. I just couldn’t see a starting line off the tee,” he added.

“You can’t afford to do that, especially on a back nine like Portrush. It’s not easy. It’s very penal. I knew there was nothing wrong. It was just a mental thing.

“So I came this morning with a fresh mind. I was just happy, got a lot of messages from friends and family. I just wanted to go out and enjoy. There was no expectation, to be honest. I was happy going out early because the weather is expected to worsen. I just wanted to post a decent score, and I think I did that.”

Sharma expressed confidence that he will keep getting better as he gathers more and more experience playing on the big stage.

“To be honest, you just have to believe that you can do it. Golf is a very different sport compared to other sports. And Major championship golf is very different from normal golf,” said Sharma.

“Yesterday, I didn’t really hit too many bad shots, but you’re dead when you do. I think it’s just about belief. I played The Open twice now and I definitely feel like I have the game. It’s just about going and playing four good rounds.

“In the future, I’ll definitely do better and I’m sure I’ll play many more of these tournaments.”