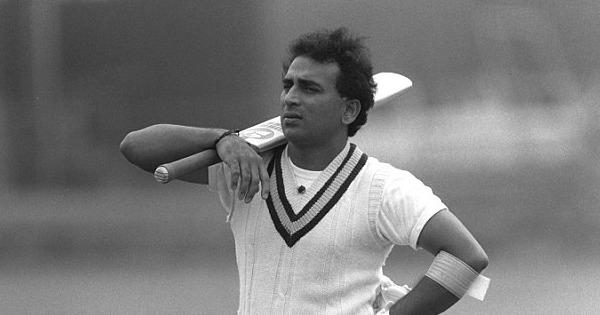 New Delhi: On his 71st birthday, a look at eight of Sunil Gavaskar’s best knocks across formats.

Gavaskar is one of the greatest Test openers of all time. He scored a record-breaking tally of runs (10,122) and centuries (34) in the longest format of the game.

A glance at eight of his best ever knocks in all formats.

A 21-year-old Gavaskar ended his debut series against West Indies with a century and a double century in the final Test. He made 220 in India’s total of 427 in the second innings with only one other batsman making a fifty-plus score. The match finished in a draw, sealing India’s historic first series win in the Caribbean.

Gavaskar played a starring role in one of India’s most iconic Test wins. Gavaskar made 102 in the final innings and set the stage for Gundappa Viswanath to take India home as India chased down 403 for a win against the mighty West Indies, a record at the time.

A brilliant century in a tense final chase turned out to be in vain as India lost by 16 runs. Chasing 341 for a win in the final innings in Brisbane, Gavaskar stood between Australia and victory for 264 balls. He was eventually dismissed for 113 with India less than 100 runs away from a win.

#OnThisDay 1979 Sunil Gavaskar scored 221 as India fell just short of chasing a record 438 vs England at the Oval pic.twitter.com/006eSfVLlc

Arguably the greatest knock of Sunil Gavaskar’s career, his 221 came in the final innings with India chasing a daunting 438 for a win. Sushil Doshi, the brilliant commentator, called out to the “weak hearted” listeners to switch off the radio as India closed in on a win. After he was dismissed with the score at 389, India lost a flurry of wickets and settled for a draw nine runs away from a record-breaking win.

Gavaskar’s highest Test score of 236* came against a strong West Indies bowling attack in Chennai in 1983. Walking in at No.4, the Little Master made more than 50% of India’s total in the innings. The match ended in a draw but his 30th Test hundred saw him edge past Don Bradman as Test cricket’s most prolific century-maker.

He reached the milestone in his 124th Test, against Pakistan in Ahmedabad. Play was stopped for over 20 minutes while the crowd went wild for his achievement! pic.twitter.com/2S0mEjS0At

Imran Khan and Sarfraz Nawaz rushed through India’s line-up in their second innings at Faisalabad in 1983. Gavaskar waged a lonely battle, gritting it out for 262 balls to make an unbeaten 127 in India’s total of 286. He carried the bat after opening the innings even as India lost by 10 wickets.

A rare ODI gem from Gavaskar came in the 1987 World Cup game against New Zealand at Nagpur. Chasing 222 for a win, Gavaskar remained unbeaten on 103 off 88 balls, slamming 10 fours and three sixes in his innings. India won by nine wickets and Gavaskar shared the Player of the Match spoils with Chetan Sharma, who had taken a hat-trick.

On a challenging fifth-day wicket against Wasim Akram, Iqbal Qasim and Tauseef Ahmed, Sunil Gavaskar carried India yet again in his final Test innings. Chasing 221 for a win at the Chinnaswamy Stadium, Gavaskar made 96, battling it out for nearly six hours, before he was the eighth man dismissed with India still 41 away from a win.