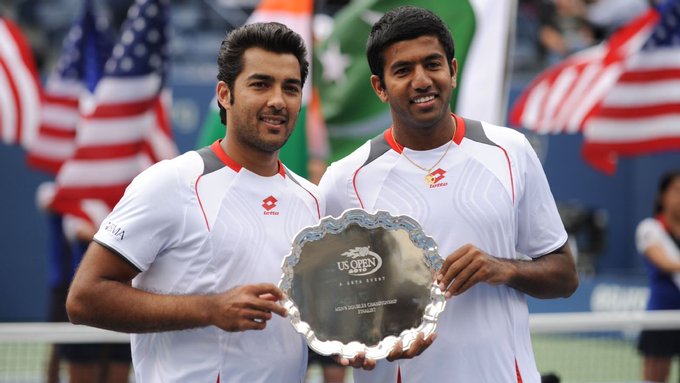 New Delhi: India’s Rohan Bopanna and Pakistan’s Aisam-Ul-Haq Qureshi, whose doubles team was often given the title of the “Indo-Pak Express” will team up for the first time in seven years at the Mexican Open in Acapulco, Mexico.

The ATP 500 tournament starts on March 15. The duo had a successful run more than a decade ago when they won five titles together. They also reached the quarter-finals at Wimbledon and runners-up at the US Open in 2010.

They even broke into the top 10 in the ATP doubles rankings after winning the Paris Masters in 2011.

The pair last played together in September 2014 in Shenzhen, where they fell in the quarter-finals. Bopanna is currently 40th on the doubles rankings while Qureshi is 49th.