Bopanna, Sharan bow out as Indian challenge ends at Wimbledon 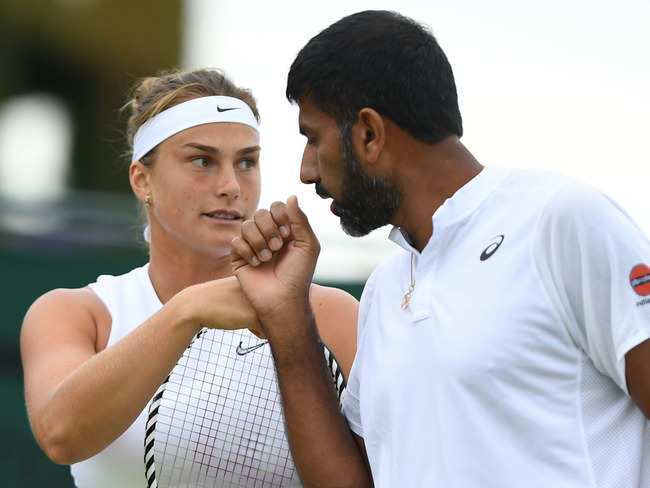 New Delhi: The Indian challenge at the Wimbledon Championships ended with both Rohan Bopanna and Divij Sharan knocked out of their respective categories.

13th seeds Bopanna and Belarusian Aryna Sabalenka lost 4-6, 4-6 to the Kiwi-German pair of Artem Sitak and Laura Siegemund  in one hour and 13 minutes in the mixed doubles second round.

Left-handed Sharan and his Chinese partner Yingying Duan lost 3-6, 4-6 to British duo of Eden Silva and Evan Hoyt in 62 minutes. Silva and Hoyt had knocked out Leander Paes and his Australian partner Samantha Stosur in the first round.

Later in the men’s doubles pre-quarters, Sharan and Marcelo Demoliner of Brazil fought their hearts out in a gruelling battle before losing to top seeds Lukasz Kubot  of Poland and Brazilian Marcelo Melo. The unseeded pair lost 5-7, 7-6(8), 6-7(8), 3-6 after three hours and 18 minutes.