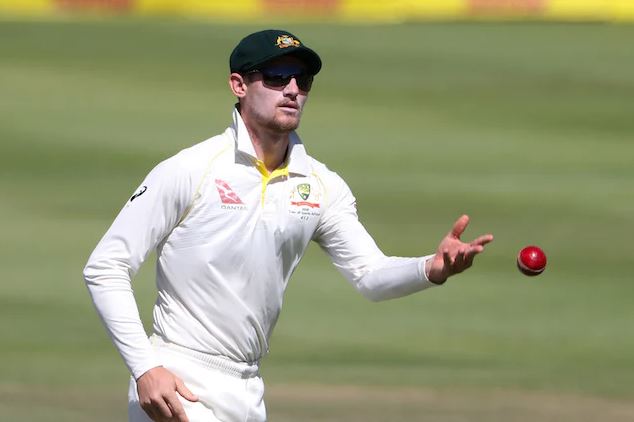 New Delhi: Australia batsman Cameron Bancroft, who was suspended from cricket for his involvement in ball-tampering scandal along with Steve Smith and David Warner during a Test match against South Africa in March 2018, has indicated that Australian bowlers too were aware of the unfair tactics.

“Yeah, look, all I wanted to do was to be responsible and accountable for my own actions and part. Yeah, obviously what I did benefits bowlers and the awareness around that, probably, is self-explanatory. I guess one thing I learnt through the journey and being responsible is that’s where the buck stops [with Bancroft himself]. Had I had better awareness I would have made a much better decision,” said the 28-year-old batsman while speaking to ‘The Guardian’ in England where he is due to play county cricket for Durham.

“Uh … yeah, look, I think, yeah, I think it’s pretty probably self-explanatory,” he added on being asked about the involvement of bowling attack that comprised Mitchell Starc, Pat Cummins and Josh Hazlewood.

The right-handed batsman has played 10 matches and scored 446 runs at an average of 26.23 in his Test career.

Following the Cape Town Test in which he tampered with the ball, Bancroft was banned for nine months from international and domestic cricket.

Steve Smith and David Warner, who formed the leadership group and were believed to be behind the planning were banned from international and domestic cricket for 12 months.

“In purely cricketing terms, it makes me feel a little shit. I was just settling and then, of course, it was lost,” said Bancroft.

“That’s exactly what I was – lost. I was obviously disappointed because I’d let the team down and carried out an act that completely compromised my values. But it came down for me just when I was really improving at that level. It felt like I’d thrown a lot away. I hadn’t got a Test 100 yet but I felt I was on my way to achieving that, so I was extremely disappointed to give that up. But that’s how important that part of my life was then. I’ve come to learn that it is important but it doesn’t dictate my life in the same way.”