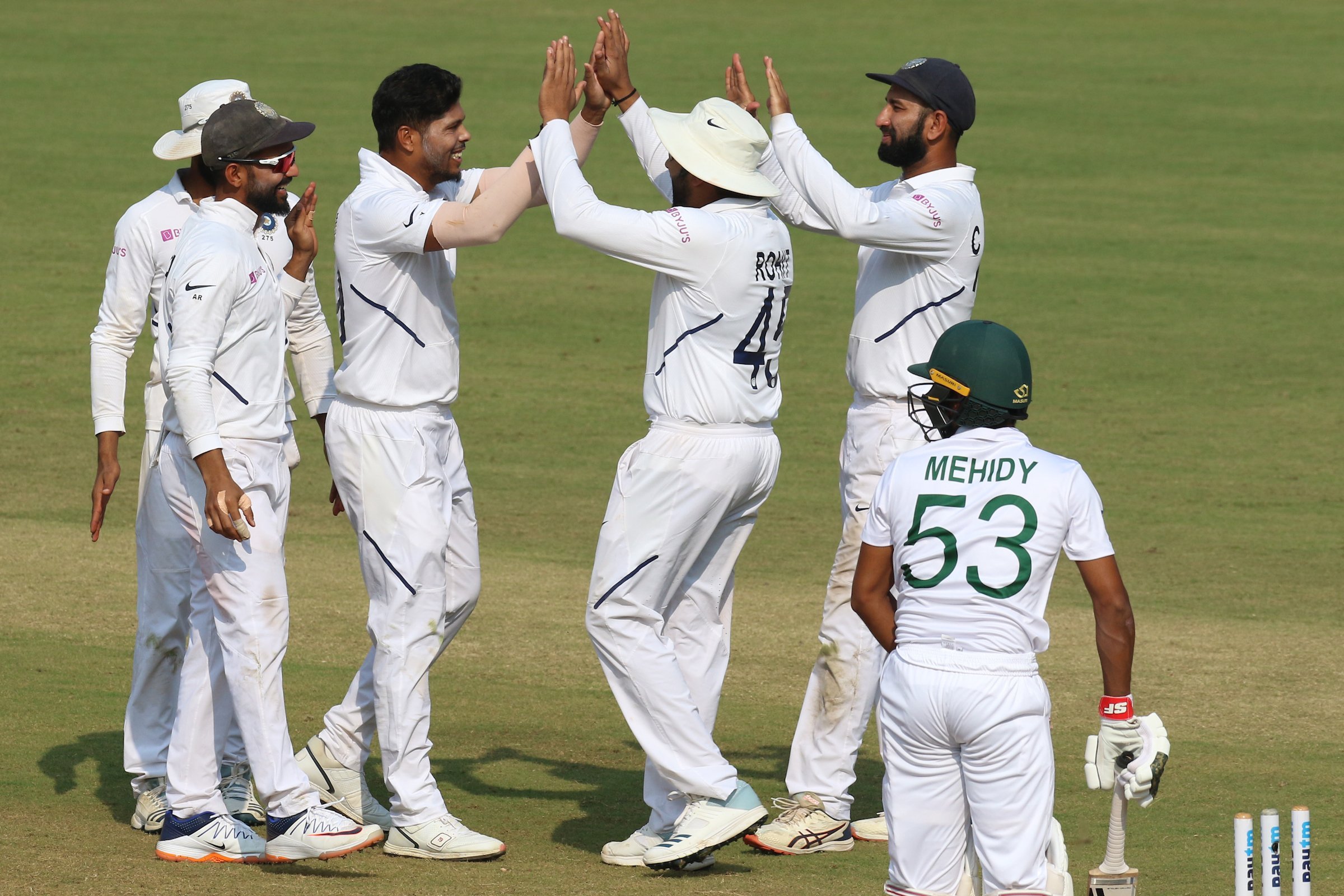 In another fabulous fast bowling performance without injured pace spearhead Jasprit Bumrah, the Indian troika of Ishant Sharma, Umesh Yadav and Mohammed Shami collected 14 wickets in an innings and 130 runs victory over Bangladesh in the first Test.

But more than the wickets, it’s the impact that the pacers have created over the last 20 months has left a lasting impression.

“I think at present we are the no. 1 team in the world. Getting there is difficult, staying there is even more difficult. I think to do that over a period of three years, you need to stay constantly hungry,” Arun said after the match.

India’s most successful bowling coach Arun then spoke about each of the three pacers.

On Ishant coming round the wicket to left-hander (Shadman Islam dismissal), Arun said: “Actually started working on that variation from yesterday. So if you look at the way he signalled after he got the wicket, he was very happy that he could do that.

“Each time you try to explore new avenues in your bowling, you constantly look to improve. And this would give him the much needed fillip to experiment more and try out,” he added.

It’s Ishant’s experience that has made him the bowler that he is.

“Ishant is probably the most experienced bowler we have. He has played over 90 Test matches. He felt that he needs the batsmen to play a lot more. It was about him trying to experiment with different angles. What he’s doing now, suits his bowling best,” the bowling coach said.

When asked about Umesh, the bowling coach lavished praise on the “character” that he has shown despite being in and out of the side due to specific team combinations.

“Umesh showed a lot of character in coming back. But then that’s also an embarrassment of riches (with Bumrah on his way to recovery),” the former India bowler said.

“You have five fast bowlers (Bhuvneshwar Kumar) who are ready to play for the country. And over a period of time if you can manage the workloads well, we can ensure that each one is nice and fresh for every game that we play.”

The craftiest among all the Indian fast bowlers is undoubtedly Mohammed Shami, whose “seam position” according to Arun is best in the world.

“Shami has always had the speed. It’s not fair to compare but if you look at bowlers all around, Shami’s got probably the best seam position. And one way to maintain the speed is he’s spent a lot of work doing his fitness.

“There is a perfect balance between fitness and the bowling he does. I think that works very well for Shami and that’s the secret behind it.”

When a Bangladeshi scribe asked how the pace revolution started in India, a visibly satisfied Arun replied: “The hunger to do well.”

India to train under lights in Indore for two days