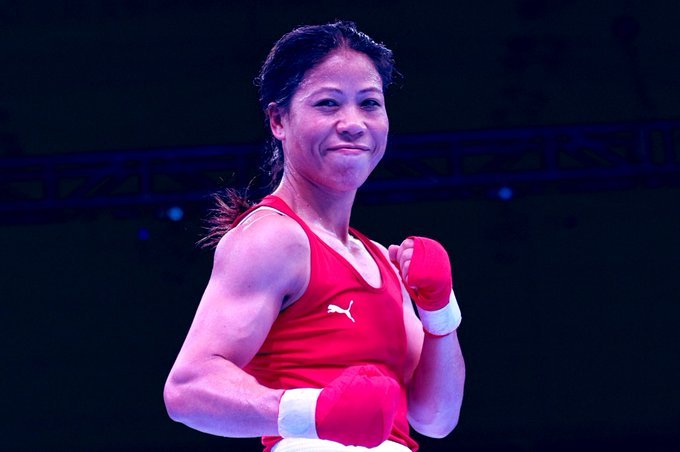 Dubai: Indian women’s team is looking ahead for more glory as four boxers, including six-time world champion MC Marykom, are ready for the finals of the Asian Boxing Championship scheduled for Sunday.

India in the 2019 edition of the continental competition had won 13 medals, two of them being gold, four silver, and seven bronze.

On Sunday, Marykom, 38, would be aiming for her sixth continental title. In the 51kg final, she will face Kazakhstan’s Nazym Kyzaibay who is nearly 11 years younger to her.

While Lalbuatsaihi will face Milana Safronova of Kazakhstan in the 64kg final, Pooja Rani will take on Uzbekistan’s Mavluda Movlonova in the 75kg final.

In the heavyweight group, India’s Anupama will face Lazzat Kungeibayeva of Kazakhstan in the plus 81 kg final.

In the men’s section, Varinder Singh in 60kg and Vikas Krishan in the 69kg settled for bronze medals.

The men’s final competition in all weight categories is scheduled for Monday.

Amit Panghal will face reigning Olympic and world champion Shakhobidin Zoirov of Uzbekistan in the 52kg while Shiva Thapa will face 2018 Asian Games silver medallist Baatarsukh Chinzorig of Mongolia in the 64kg.