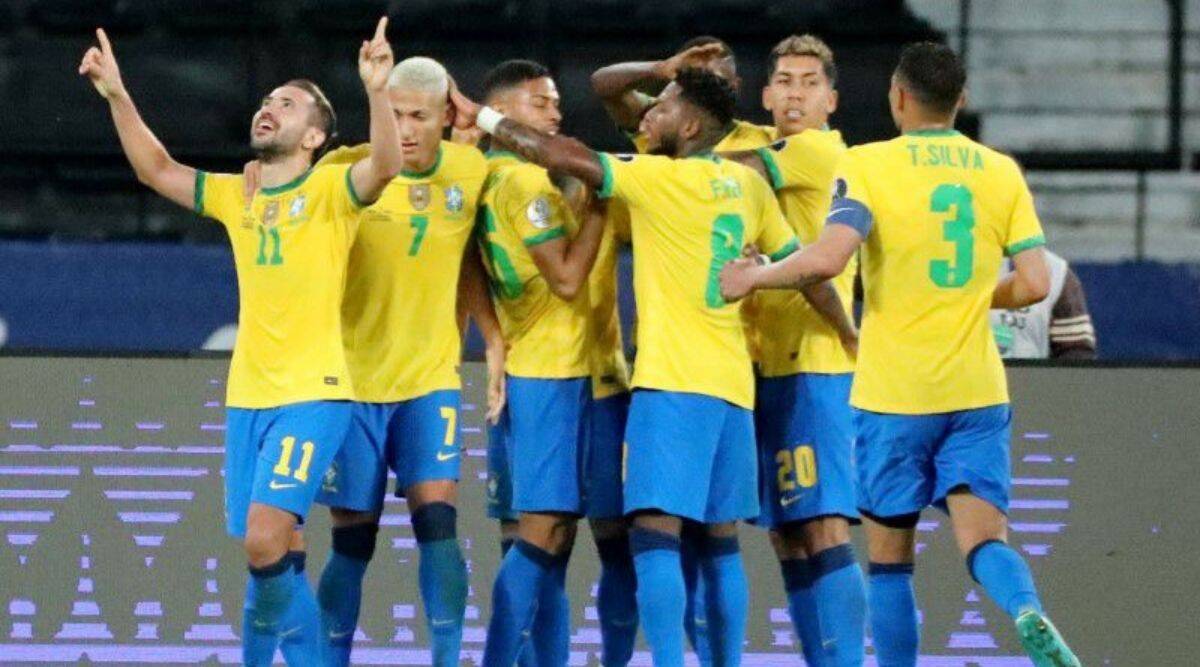 New Delhi: With Neymar in fine form and scoring a goal that took him past Ronaldo on the country’s all-time goals list, Brazil scored early in the game and then got three more in a commanding second half to defeat Peru 4-0 in their Copa America clash on Thursday.

The result means Brazil is the first team in the tournament to win both their first games, and immediately go to the top of Group B, two points ahead of Colombia, who drew 0-0 with Venezuela earlier in the day.

The reigning champions won their opener 3-0 against Venezuela on Sunday but although coach Tite rotated their lineup, giving starts to Ederson, Alex Sandro, Thiago Silva, Everton, and Gabriel Barbosa, it still took them only 12 minutes to get the opener when Alex Sandro volleyed home a cut back from Gabriel Jesus.

Peru, who reached the final of the last Copa America only to lose 3-1 to Brazil, were not overawed but they simply could not match a team who were sharper, quicker, and more resilient.

With Fabinho a commanding presence in midfield and Neymar always dangerous going forward, Brazil took more control as the game went on and Neymar got a second midway through the second half.

The Paris St Germain player had a penalty award canceled after a consultation with the Video Assistant Referee but he was not to be denied and when his marker gave him too much space a moment later when he fired a low shot past a despairing Pedro Gallese from just outside the box.

It was Neymar’s fourth goal in Brazil’s last four matches and his 68th overall, taking him one past Ronaldo on Brazil’s all-time goalscoring chart.

“It’s obviously a great honour for me to be part of the Brazil team’s history,” a tearful Neymar said.

Substitute Everton Ribeiro made it 3-0 in the 89th minute when he converted a Richarlison cross.

Richarlison got a fourth in stoppage time, hooking a loose ball into the net from a prostrate position close to goal.

Alex Valera missed Peru’s best chance 12 minutes from time when he smashed the ball over the bar with the goal at his mercy.

Brazil has won the Copa America every time they hosted the tournament and they look strong again this year, with the win at Rio’s Olympic stadium their ninth in a row.

They scored 26 goals in that run and have conceded only two.

Euro 2020: Christian Eriksen to be given a ‘heart-starting’ device