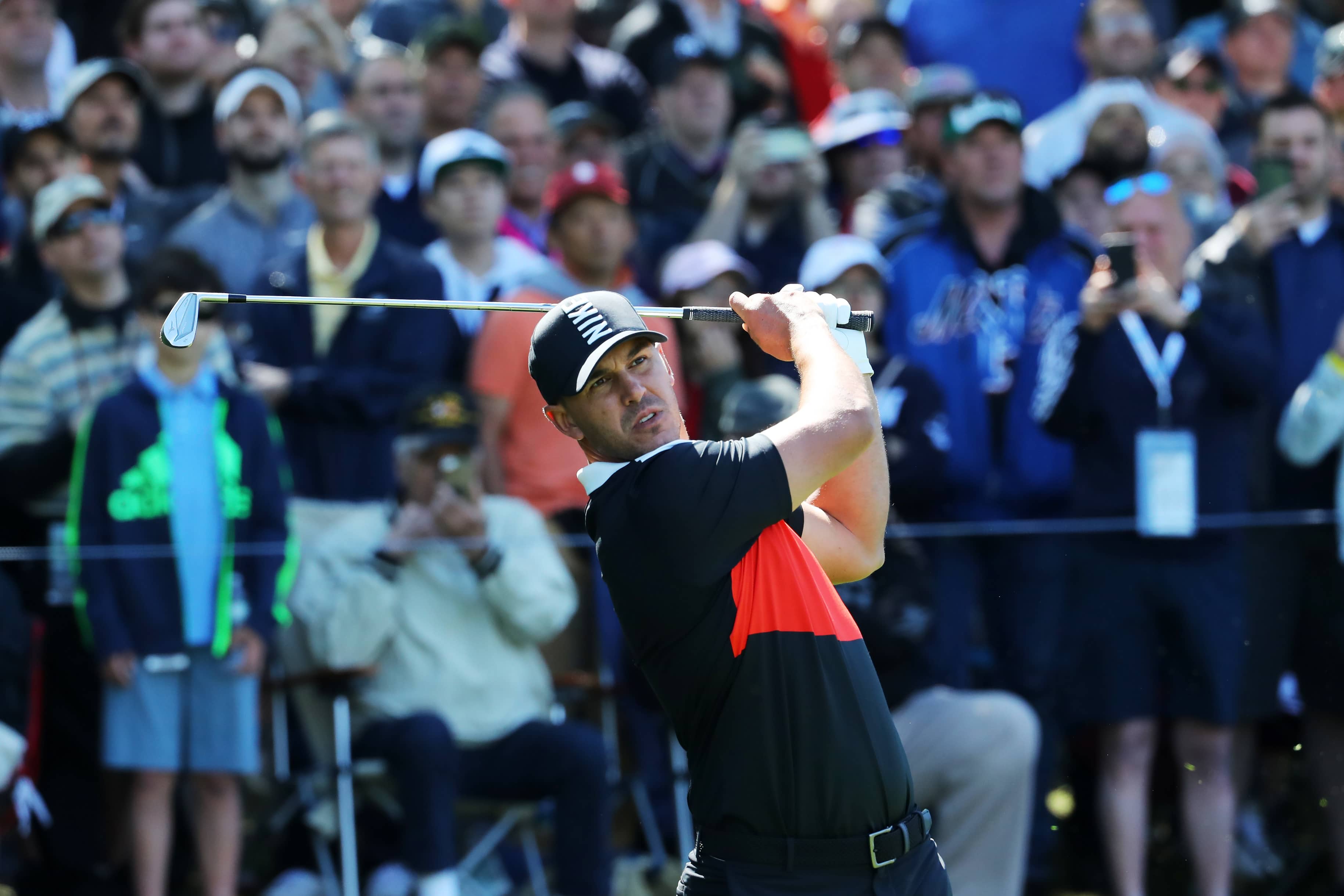 Dubai: Trust Brooks Koepka to show up at the Majors.

The defending champion made a mockery of the tough Bethpage Black course, shooting a bogey-free seven-under par 63 and left the field in his wake on the opening day of the 101st PGA Championship on Thursday.

The American World No. 3, winner of the last two U.S. Opens and the 2018 PGA Championship in which he beat Tiger Woods by two shots, matched what used to be the magic number in Majors before Branden Grace shot a 62 in the 2017 British Open. It was only the 17th 63 in the history of Majors and Koepka became only the third player to shoot that number twice, matching his effort from the second round at Bellerive last year.

At the end of the day, Koepka led by just one shot over Danny Lee. The Kiwi golfer hit just seven out of 14 fairways and 10 of 18 greens in regulation but otherwise scrambled brilliantly for an equally incredible round of six-under par 64.

England’s Tommy Fleetwood was the next best at three-under par 67, while five players were tied at 68. Three-time Major champion Jordan Spieth showed welcome return to form with a one-under par 69 that left him tied ninth in a group which included Dustin Johnson, Phil Mickelson, the 2018 Hero Indian Open champion Matt Wallace and Jason Day.

Masters champion Tiger Woods, playing alongside Koepka, opened with a double bogey and except for a stretch of four holes at the start of his back nine, where he was four-under par with two birdies and an eagle, struggled to a two-over par 72. The third player in the group, reigning Open champion Francesco Molinari, also shot a 72.

Bethpage Black certainly lived up to its reputation as one of the toughest tracks in Major history with its length, just two par-5s, long par-4s and penal rough. The scoring average for the field was 73.01 and only 16 players managed to break par.

Koepka started his round with a 40-feet birdie putt on the 10th hole and finished with another superb birdie putt from 33 feet on his closing ninth hole. In between, he needed to make just two par ups-and-down for pars. Interestingly, he did not get a birdie on either of the two par-5s on the course.

The scary part was that the 29-year-old Koepka, who led the shots gained tee-to-green as well as putting stats, felt he had more room for improvement.

“This is a crazy day, seven under is not going to happen every day, but I parred two par fives and missed a five footer on the 11th hole. It could have been a helluva round, I just need to clean a few things up,” said Koepka, who had finished runner-up to Woods at Augusta National last month.

“I’ve never been this confident. I think I’m still learning, understandably, my game, and I’ve figured it out. I think over the next few years, I’m excited for what’s to come.

“I understand a lot more about my misses, where to hit it, and Major championships I just suck it up. You don’t always have to aim at the flag like you do in regular events. Sometimes it’s just about how few bogeys and doubles you make this week.”

Even Woods felt Koepka should have shot better than his eventual 63.

“He played well. I mean, he hit a couple loose tee shots today that ended up in good spots, but I think that was probably the highest score he could have shot today,” said Woods. “He left a few out there with a couple putts that he missed. It could have easily been a couple better.”

In his own play, Woods clearly showed some rust from not playing any competitive round after his dramatic win at the Masters.

After the brief fightback following a torrid front nine (the back nine of the course as he started from the 10th tee), he was undone by three late bogeys.

“It wasn’t as clean as I’d like to have it for sure. Didn’t get off to a very good start,” said Woods, who is looking for his 16th Major title and his 82nd win on the PGA Tour which would tie the all-time record of Sam Snead.

“Then found my way back around. Got it back under par for the day, and let a couple slip away with a couple bad putts and a couple mistakes at the end.”

While Koepka rising to the top of the leaderboard wasn’t a surprise at all, Lee following him definitely was. The Kiwi hasn’t done much to inspire confidence recently and was playing his first Major in more than 18 months, a spell that included him struggling with a back injury.

On Thursday, he hit just 10 greens, but was within 10 feet with his approach shots on six of those holes and was 100 per cent in putts made from inside eight feet (10 out of 10) approaches stopped within 10 feet of the hole. He made all 10 putts he faced from 4-8 feet, as well. He made two bogeys, but more than made up with eight birdies.

“Whenever I hit the fairway, I was able to convert that in a birdie,” Lee said. “I think I made a lot of good up-and-downs, even when I missed the fairway.”

He was quick to credit new-age swing guru George Gankas for the upsurge in his form, claiming he had increased his driving distance significantly to handle Major courses better.

“Well, at first, I wasn’t hitting it far enough to compete here in the Majors. But now, I’m definitely hitting it further. I can carry my driver about 290, 295 in the air. That’s a huge bonus for me. And that was actually the first time I actually got to play in a Grand Slam with this distance,” said Lee, who missed the cut in the 2017 PGA Championship, his last Major appearance.

“I’ve always been trying to make my swing on the perfect plane every time, and he (Gankas) definitely broke that mindset of mine. Your club doesn’t have to be traveling on your perfect path every time to hit the ball in the fairway, and that was a huge learning progress for me.”

Rory McIlroy had to wait for 18 holes for his first birdie before finally converting a three-footer on his final hole for a two-over par 72.

Leading Scores (After Round one, par-70 course)